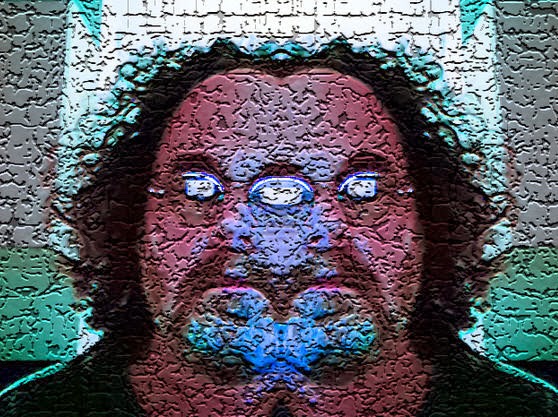 This is the third part of a discussion with impresario and composer Bob Priest about March Music Moderne IV.

So what is coming up for the festival this Friday?

Priest: Friday's MMM array unfolds beginning at 3 pm with a free concert by Judith Cohen at the Portland Piano Company. Judith is a Seattle-based pianist who used to play with my group Marzena back in the late ‘80s and early ‘90s in Seattle. She will give her performance on an ultra-fab Faziolli piano - already a huge treat! Cohen will perform a huge variety of pieces by Louis Andriessen, Béla Bartók, Ken Benshoof, Peter Maxwell Davies, Alan Hovhaness, Erik Satie, Erwin Schulhoff, and Patrick Stoyanovich.

Down the road a piece at Lewis and Clark College, a 5 pm lecture by noted scholar James Harley will address "Music and Mathematics: Xenakis and beyond." Harley is a wonderfully eclectic Canadian composer and man about the globe. He wrote an acclaimed book on Xenakis, is a specialist on the highly-skewed music of The Residents and has penned numerous raucous big band charts. Jim studied with Xenakis in Paris and the Free Marz String Trio has commissioned a new work from him to be premiered during the final concert of the festspiel. He will also have a formidable bass clarinet piece played on the Friends of Rain concert & an electro-acoustic onslaught aired on the Electric Marzena Land program. I met Jim 30 years ago in a Warsaw music store back when Poland was still thickly oppressed by their Soviet "allies" and we've been good friends ever since. MMM is celebrating his 55th birthday, and we are grateful to the Canadian Council for helping to fund his PDX residency.

At 7:30, MMM crosses the river back into my old SE 'hood for a kicker of a concert at the Community Music Center - probably my fave music venue in town! The Arnica String Quartet will play the three uber-great string quartets of Benjamin Britten. I’ve never heard the third string quartet live (Benji's final completed work), and to hear all three of these masterworks in one evening is a very rare opportunity. Charles Noble and his colleagues from OSO have been devoted to Britten for quite some time, and I would rate these quartets right up there with THE greatest quartets of the Twentieth Century. I would NOT miss this festival highlight!

MMM's frolicsome Friday culminates at 11 pm with Sounding the Cinema II, a FREE showing of Martin Scorsese’s “Shutter Island” at Cinema 21. In this spooky and troubling film, pre-existing music is employed much as Wendy Carlos did in “A Clockwork Orange." Here, Robbie Robertson assembled patches of superb music by Penderecki (the particularly phobic Passacaglia from his 3rd Symphony), Harrison, Ligeti, Cage, Scelsi, Marshall, Mahler and John Adams. I highly recommend picking up the 2-CD soundtrack given that it can serve double-duty as a new music primer! The unforgettable outgoing music in "Shutter Island" is a spine-tingling meld of gorgeous string music by Max Richter and; Dinah Washington’s voice from "This Bitter Earth."

OK, please lemme catch my cyber-breath before coming back to tell you about MMM's final ten events on Saturday and Sunday...
Posted by James Bash at 8:09 AM

thanx so much for continuing to ride out this MMMaelstrom with all of us!