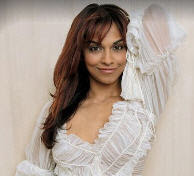 Opera fans now have the chance to apply their twitter skills to their opera knowledge, because Marcia Adair, a freelance classical music journalist from Canada aka Miss Mussel, has organized this twittery competition, which sounds like a lot of fun. Here is the lowdown from her e-mail today:

Starting tomorrow morning (April 27) at 9am, the Twitter #operaplot contest will be reprising its role as the most fun opera nerds can have in 140 characters or less.

The premise is very simple:

1) Summarize an opera in a Tweet using the hashtag #operaplot - 140 characters or less
2) Win a prize if yours is better than everyone else's.

The dates: 9AM EST Monday 27th April to Midnight EST Sunday 3rd May.
Who can enter: Anyone, any country
Judge: Danielle De Niese, soprano

Over 30 opera houses (32 confirmed, ~5 tying up details) in Canada, Australia, the UK and the United States have partnered with the contest and contributed premium tickets or similar to the prize pool.

The Washington National Opera was the first company to join in the fun and is offering a weekend opera prize pack worth upwards of $1000 including two premium tickets to Turandot as well as two passes to the Opera Ball.

A full list of participating houses worldwide is available here. It is anticipated that additional houses will sign on before the competition begins on Monday, so please check for the latest updates before going to press.

Three winners will be chosen by judge Danielle De Niese, with the prizes being awarded on a first right of refusal basis. Full rules and a short FAQ are available here.
Posted by James Bash at 6:27 PM