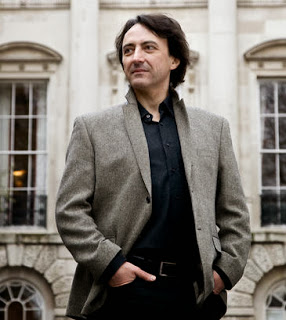 We all have our dream programs for piano recitals. Jean-Efflam Bavouzet, for his November 24th performance in Lincoln Hall at Portland State University, came up with one which would serve for me: Beethoven's "Pastorale" sonata op. 28, Ravel's "Gaspard de la Nuit," the first seven Debussy preludes, and Bartok's only solo piano Sonata. The Beethoven was changed along the way to the Waldstein sonata, close enough. But the trouble with dream programs is that they're usually coupled with dream interpretations. Touring pianists usually have strong personalities and opinions – what are the chances his dreams would be mine?