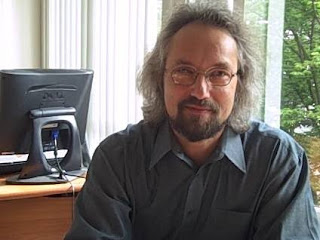 Last week I talked with Oregon Symphony music director Carlos Kalmar about some of the classical music concerts that they will perform during the first half of the 2008-2009 season. We skipped the Beethoven 9th, becuase I knew that I wouldn't have time to get anything about it posted. So we started with the Lang Lang concert.

On October 3, Lang Lang is in town for a special concert that features Rachmaninoff’s Second Piano Concerto, and it’s sold out!

Kalmar: With a soloist like that you take what he offers! Because you are very happy that he comes. In our case we got lucky, because in the beginning of the season we need something flashy. We had Van Cliburn last season and that was phenomenal.

I assume that this is his first appearance in Oregon although, I’m not totally sure. People out here are still catching on to his career. He is at the very top of the game. End of story. He is the number one pianist among youngsters, and the hot ticket.

Also, on the program is played the “The Chairman Dances” by John Adams. The Oregon Symphony hasn’t played it before, has it?

Kalmar: I don’t think so, but I’ve conducted this piece before with another orchestra. In my orchestra world, Minimalism is not something that’s I’m looking forward to. Of course, Adams comes from that tradition, but the thing with him that I’ve learning more and more is that this is really fantastic music. I’m not talking about “The Chairman Dances,” I’m talking about his work in general. I’ve conducted his “Transmigration of Souls” many times and I’ve also done several of his other pieces where the fundament is still minimalism but it’s so elaborate and the orchestration is phenomenal. The lyrical part of his writing is so sublime and his music is energetic as well. He’s got the entire package.

Another piece on the program is Bernstein’s Symphonic Dances from “West Side Story.”

Kalmar: I conducted that piece with the Oregon Symphony before I became music director and the orchestra at that time sounded different than it does today. So, I’m really looking forward to conducting it again. It’s a great piece.

Kalmar: This is an odd program because one half of it is very standard and very well known. That, of course, means the Grieg piece and Smetana’s “The Moldau,” which are well-loved works. And Valentina returns for the Grieg and will give another great performance.

The other part of the program is pretty new to listeners here. The Oregon Symphony may have played Ginastera’s “Estancia Suite” sometime in the past, but I know that we are doing Golijov’s “Last Round” and Revueltas “Homage to Federico Garcia Lorca” for the first time.

So we have two extremes represented: Northern Europe and South America. I’m happy about the Latino touch because there is so much talent there. Ginastera’s piece should be in the broader repertoire for orchestras. It is very approachable, very muscular. The real deal is to discover the Revueltas’ piece, which is chamber-music like and requires only a small orchestra. The “Last Round” by Golijov requires a lot of phenomenal talent to play. Golijov wrote this piece in memory of Astor Piazzola. It’s not a long work. It consists of two movements. The first is fast paced and has something to do with tango even though it’s not actually a tango. The second movement is lyrical and is like remembering something far away. Golijov wrote this for strings only, and they will be split into two orchestras. The piece originated for two string quartets with one double bass player.

Kalmar: I’m really happy about this concert, because we will play Walton’s Symphony No. 1, which is one of the most important pieces of English writing. I have never conducted this work before, so I’m looking forward to it.

Baiba Skride is one of the absolute top violinists in the world today. She is from Latvia, has wonderful musicianship and is very professional. I have worked with her once before, and what struck me on top of all her abilities is that her sound quality is quite outstanding.

A short piece by Sibelius, his “Scene with Cranes” is also on the program. That’s a wonderful warm-up number, very lyrical, and a great way to start the concert.

Kalmar: This concert will be conducted by Christoph Campestrini, who has an Italian name but he’s actually Austrian. He’s a very friendly, quiet, and meticulous guy who has worked with many major orchestras in Europe and has been working in the US, too. He has a vast repertoire. That’s why I could ask him if he would be willing to conduct the “Too Hot Toccata,” by the American composer Aaron Jay Kernis. This is a great fit for this program because it takes you into an American flair in the first half with the jazzy Gershwin “Concert in F.” Both pieces should go well with the Rachmaninoff Symphony No. 3, which is a gorgeous work – almost as large as his second symphony.

Kalmar: Another guest conductor, Jean-Marie Zeitouni, will lead this concert. He is from Canada and conducted this last summer at Grant Park. He is a young, versatile conductor who has worked with the Oregon Symphony before but not in a subscription concert. We like him, so we wanted to get him back here.

Jennifer Koh is a fantastic artist, and I’ve worked with her before and she has played with us here, too. She will be terrific in the Brahms.

Also on the program is Beethoven’s “Egmont’s Overture,” a real gem. Stravinsky’s “Symphony in C” will help to expand the repertoire of our orchestra and let the audience know more about Stravinsky’s works outside of the usual three: the “Firebird,” “The Rite of Spring,” and “Petrushka.” We have explored more and more of his works here, and he wrote so much in so many styles. His works always have a high quality, and I think that it will be rewarding for everyone.

Kalmar: We thought that this program might appeal more to families. We usually do something that is related somehow to Christmas, but this time, the shape of the program started off with Stephen Hough, who really wanted to come here to play. He and I work really well together, and he has been exploring all of the Tchaikovsky piano concertos. I think that he is recording all of them right now as well. Tchaikovsky’s Second Piano Concert is just terrific. Everyone forgets about it, because this First Piano Concerto is so very famous. No 2 is longer and more exhausting for the pianist. The slow movement is really a piano trio, because the pianist accompanies the concertmaster and the principal cellist and the orchestra surrounds them.

The “Nutcracker” deserves to be heard without the ballet part. This concert will give you the chance to soak up the music. It’s great stuff that we all know and love. And the “Coronation March” is another gem-like piece that is a great number to begin the concert.

Thanks for all of your commentary!

Kalmar: My pleasure. See you at the Schnitz!
Posted by James Bash at 2:50 PM