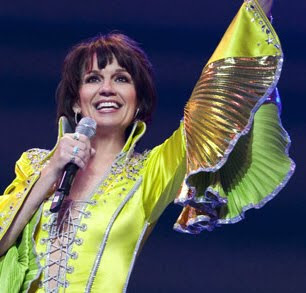 How to get Schrott and Netrebko in Portland

Since Erwin Schrott and Oregon Symphony conductor Carlos Kalmar are natives of Montevideo Uruguay, it might be possible for Kalmar to appeal to his fellow countryman for an appearance with the Oregon Symphony. Of course, that would mean a duet opportunity for Schrott and his wife Anna Netrebko.

Well, it's a long, long shot, but you have to start somewhere.
Posted by James Bash at 11:38 AM No comments:

Just a quick link to a couple of new articles up at Oregon Music News:

An interview with Bobby Ray of The Electric Opera Company proved most enlightening! I'll be at their show with CRPDX at the Alberta Rose Theatre tomorrow night. I guarantee you won't have more of a blast anywhere in the 503 for 8 bucks on Friday.


I reviewed Hideki Yamaya's latest CD: a recording of Roncalli's Capricci Armonici sopra la Chitarra Spagnola for baroque guitar. Hideki is one of my very favorite solo baroque stylists in a city that is absolutely crazy for early music, boasting many top-notch performers. Simply put, this CD is marvelous.

Click on the links above for the articles and further linkage.
Posted by Lorin Wilkerson at 9:41 AM No comments:

Portland’s favorite Electric Guitar Orchestra collides with the city’s
most accessible Chamber Ensemble to show you a side of classical music you’ve never even dreamed of, but will never want to leave behind…

PORTLAND — Alternative Classical Music. You could say they’re polar opposites. The guitarists of Electric Opera Company bringing their modern instruments into classical settings play the Ying to Classical
Revolution PDX’s Yang of chamber instrumentalists playing at bars and other comfortable settings. But this is a case where opposites
attract for a common goal: Making Classical Music more accessible to
the everyday listener!

Classical Revolution and Electric Opera Company will bring their
trademark stylings of 18th century masterworks to the Alberta Rose
Theater on August 19th for a concert that won’t soon be forgotten.
The theme is “Sympathy for the Devil” and there’s a heavy helping of
“Diablo in musica” in store including the Danse Macabre, selections
from Gounod’s Faust, Chopin, The Rolling Stones, The Beatles and
plenty more surprises. Bring your beer drinking fists and wear
whatever you want, its classical music for the 21st century!

"Will the demise of appreciation for classical music be reversed by the Classical Revolution movement? Time will tell, it's transformational, it's unforgettable and every pair of ears that hears it is going to pass the word on. Now that's the stuff of revolutions alright." - Zaph Mann, OPB Music


Electric Opera Company in a Nutshell
Electric Opera Company is dedicated to revitalizing the popularity of
opera and classical music through education and performance; and to
breaking down the barriers to these arts by presenting them in a
modern, accessible medium. This accessible medium is the Fifteen
Piece Electric Guitar orchestra, in which musicians play the exact
parts as written by the composer. But the instruments typically
associated with classical music are replaced with an army of electric
guitars, keyboards, and drums.

The orchestra has been making waves around town as both a rock band teaching adults that classical music is way more awesome than they think it is, a company that produces fully staged operas, and an educational outreach group teaching kids basically the same thing. They’ve been spotted in opera houses, rock venues, middle schools, elementary schools, music festivals, non-profits, and more, spreading
the gospel of classical music to the unsuspecting.

Why: To bring the joy of Classical Music to those who might not
experience it otherwise, and to share a new lens through which to view
a timeless favorite.

Tickets: $8 at the door or purchased online at
http://www.albertarosetheatre.com/