The Portland Youth Philharmonic enters its 91st season with a full head of steam, coming off a summer season that included a well-received debut at Chicago’s Grant Park Music Festival and an enthusiastic performance at Portland’s Waterfront Park Concert. If you don’t believe me regarding the orchestra’s appearance in Chicago, then check out this review in the Chicago Tribune.

Led by David Hattner, who is now starting his seventh year as the Musical Director, the musicians of the PYP are looking forward to another exciting season of concerts at the Arlene Schnitzer Concert Hall. I met with Hattner on a Monday evening at Jackson Middle School to discuss the upcoming season of the PYP and the Camerata PYP, which is the orchestra’s chamber ensemble.

The PYP’s opens the season on Saturday, November 8th at the Schnitz. What do you have planned for that concert?

Hattner: We are opening with “Dawn and Siegfried's Rhine Journey” from Wagner’s “Gotterdamerung.” It’s a difficult piece with some horn solos and we will have some specialized rehearsals.

We’ve invited Ted Botsford from the Oregon Symphony to perform John Harbison’s Concerto for Double Bass and Orchestra, which is probably a Portland and Oregon premiere. It’s a terrific piece, brilliantly written and smartly orchestrated. You’ll be surprised and delighted by the novel sonorities and the virtuosic wizardry from the double bass. This will be the first Harbison piece that I have done with the orchestra. By the way, Harbison’s teacher was Walter Piston at Harvard, and we will be doing Piston’s Second Symphony later in the season.

Ted has been a wonderful mentor for our bass players. He coaches the PYP section, the PYCO section, and the free double bass class. It’s a great opportunity that is open to all young students.

Also on the program are Rachmaninoff’s “Symphonic Dances,” a wonderful work that that will present a lot of challenges for every section of the orchestra. 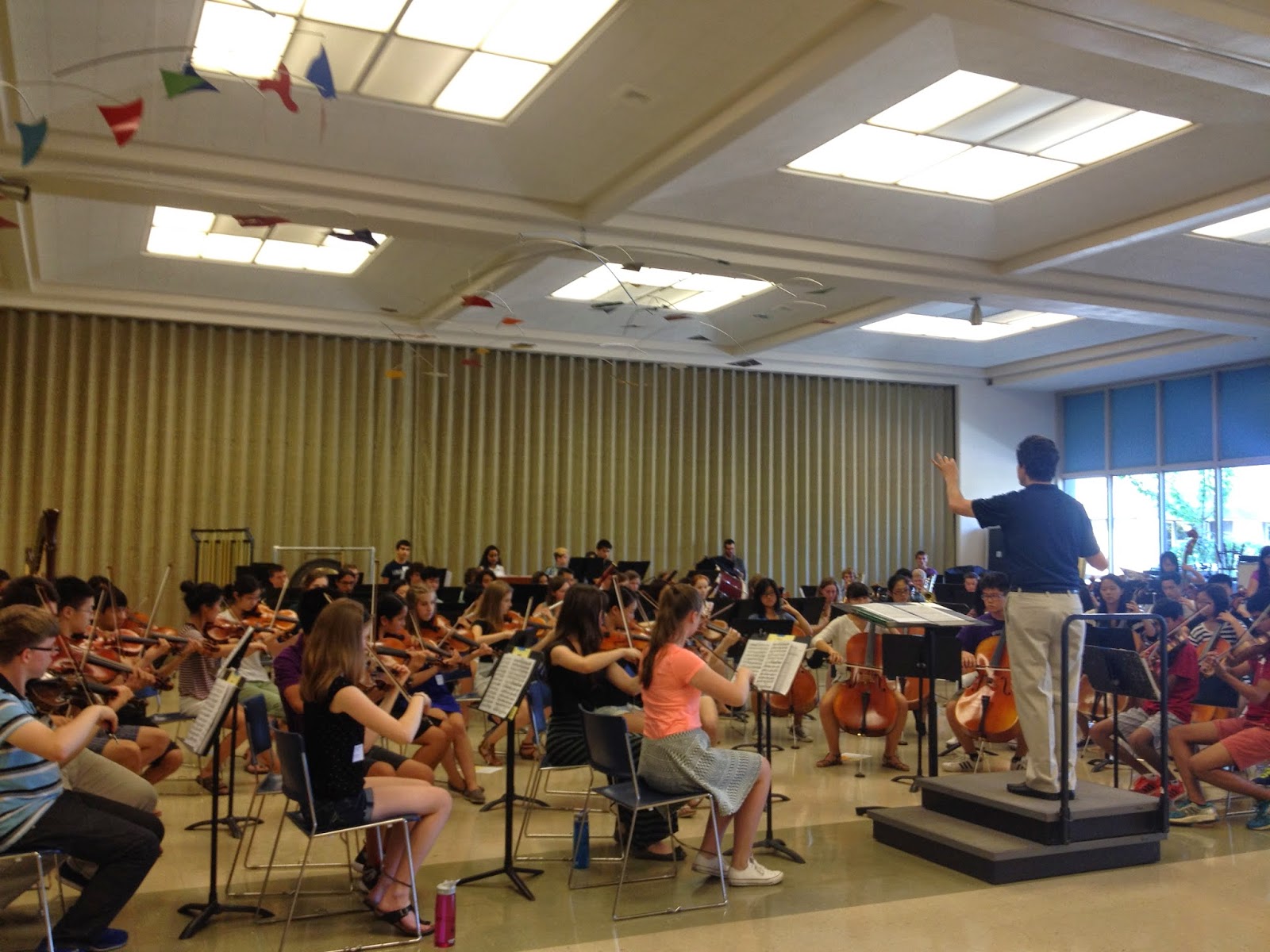 What is in store for the annual Concert-at-Christmas on December 26th?

Hattner: Instead of playing a bunch of shorter pieces like we often do as part of our set on the concert, we will perform “Till Eulenspiegel” by Richard Strauss. That’s a hard piece, and some of the orchestra members have already been practicing it during the summer. We’ll be onstage after the alumni orchestra, the young string ensemble, the wind ensemble, and the conservatory orchestra. It’s a wonderful concert that shows the full spectrum of what happens under the PYP umbrella.

Hattner: We will be performing Brahms Third Symphony. That is the hardest and most mature of his symphonies. It is rarely done by youth orchestras, and the PYP hasn’t performed it since 1977. It contains extraordinary difficult writing for the orchestra, and musically it is enigmatic – all of the movements end softly – and requires a lot of patience. It is one of my favorite symphonies of all.

That concert will also feature our concerto competition winner, Maia Hoffman who will play the Walton Vioa Concerto, and we will play the 1919 version of Stravinsky’s “Firebird Suite.” It is a magical work that has become part of the standard repertoire for orchestras. I don’t think that any other orchestra in the area has this piece scheduled; so we hope to attract new listeners with it.

The PYP season winds up in May with your Spring Concert.

Hattner: We will start that concert with Piston’s Second Symphony. This will be the first time that our orchestra has played this work. Piston had a large stature in the musical world. He taught at Harvard for decades. His students included Leonard Bernstein, Elliott Carter, and a whole generation of composers. He wrote four textbooks on harmony, counterpoint, orchestration, and analysis that are still standards. He was also one of the first Americans who worked with Nadia Boulanger.

We’ve paired the Piston Second with Copland’s “Billy the Kid,” which depicts the prairie, a frontier town, a gun fight, the death of Billy the Kid, and other scenes. Copland was another composer who studied under Boulanger, and this piece is the concert suite version of the ballet score. The concert will also feature the winners of our solo competition, which are for the short works, but they are required to learn works composed by Americans. So, that’s a twist of the normal competition, because they won’t be doing something from the standard solo repertoire. We are including Ernest Bloch as an American – he became a citizen after moving here – to increase the number of available works.

So we think that there is something for everyone in the season of concerts that we will do. The Harbison and the Piston symphonies are the most unfamiliar, but they are very approachable and are not austere. Everyone interested in orchestral works will want to hear these pieces.

What is on tap for the Camerata PYP concerts?

Hattner: That series will be held at Weiden+Kennedy. The first concert, on January 25th, will feature Bach’s “Brandenburg Concerto No. 6” with the two viola solos. Mozart’s “Serenade No. 11 for Wind Octet” is also on the program. It has pairs of clarinets, oboes, bassoons, and French horns. We’ll also play Georges Enescu’s “Octet for Strings,” which is a big, amazing piece that he wrote when he was 19 years old. Enescu’s music is not played as much as it used to be, but he is one of the greatest musicians in history. He was an incredible violinist and pianist and a prodigy composer as well. If you study his “Octet for Strings,” you will find that the contrapuntal writing is as accomplished as any done by the great masters. The work has 13 or 14 separate themes that are introduced the first movement, and there are also double fugues in the piece. There’s so much going on that you can’t absorb it all in one hearing. I am hoping to create an educational video that will introduce the themes and how they appear in different part of the piece. They are utterly transformed, but if you hear them at the beginning, you can catch them as they go by later. 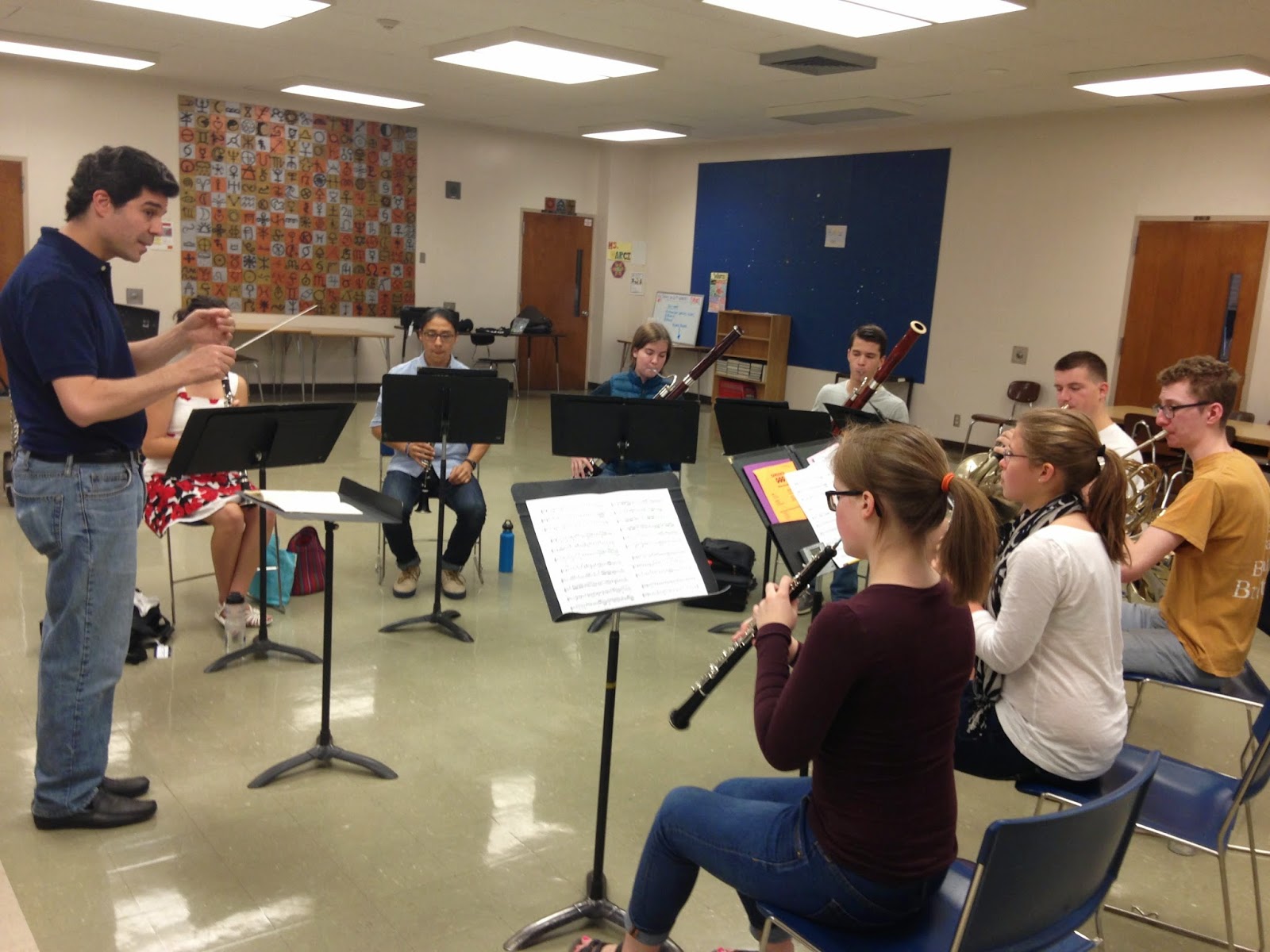 I’m hoping that the Enescu will interest people in the second Camerata concert in May, which will feature his “Dectet for Winds.” It has two wind quintets and sounds like Strauss. We’ve paired that piece by Efrain Amaya called “Angelica.” It’s a lovely rhapsody that is crying out for choreography. It’s a relatively new piece. The composer contacted me on LinkedIn, asking me to listen to some of his works. This was the first one that I heard, and I loved it. It starts out a bit like Stravinsky, but it has a Latin flavor and a rhythmic energy that I found appealing, plus a fugue. We don’t hear any of that anymore. Amaya was born in Venezulea but now lives in the US.

We will also play a piece entitled “Tree” by Jonathan Newman, who is a local composer. This work is for string orchestra, and that will be followed by Bloch’s “Concerto Grosso No. 1” for string orchestra. That’s another terrific work that more people should hear.

While at Jackson Middle School, I heard some of the other ensembles in the PYP umbrella. Here are a couple of pictures that I took: