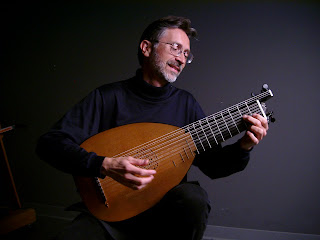 Considered by many to be one of the world's premiere lute players, Ronn McFarlane will perform this Friday, April 27th at 8pm at the Broderick Gallery in a concert sponsored by Classical Millennium. As a member of the acclaimed Baltimore Consort, McFarlane has made ten recordings. He has also done six solo recordings plus four lute song recordings with soprano Julianne Baird and tenor Frederick Urrey.