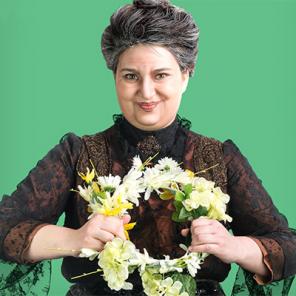 Portland State University Opera presented another professional-quality run with Benjamin Britten's only comic opera, Albert Herring. The performance on April 29 at the Lincoln Performance Hall was spectacular; yet another feather in the cap of this marvelous program.

Opening with a nice Victorian hubbub, Grace Skinner as the housekeeper and Jonathan Robert's Superintendent Budd (in a fine, pure baritone) demonstrated poise and nuance in their vocal performances. The overall production was redolent with Victorian stuffiness, and this group performed marvelously in their send-up of this 'morally righteous' time. Helen Soultanian's (Lady Billows) rich, full mezzo was well-suited for this role, and her ornamentation was impeccable.

There was true beauty in the ensemble about Albert's virtue, even if the sopranos tended to dominate to the detriment of other voices at times. The orchestra was up to the task in their difficult job--there was mischief and tomfoolery there as well, and a fine cacophony from the winds in the first act. The 'Peach' duet between Sid and Nancy (Erik Standifird and Celine Clark) was at turns humorous and slyly lustful.

Christian Sanders as Albert Herring was a real showstopper. His incredible tenor was matched by his acting--even in the midst of a high comedy such as this, his ability to portray the frustration and smothered angst that seems to define Herring's life was crucial.  His voice was up to this difficult task, expressive and seemingly effortless, and with impeccable diction to boot. Sanders took his time enunciating, acting--doing all the small things necessary to make comedy work. He was not content to lean to heavily on the situation itself (the drunken 'male ingenue') but worked tirelessly to make sure all the subtleties were there.

The dirge-like quartet wherein the group meditates on what they were sure was Herring's death was appropriately weighty, an emotional counterpoint to all the levity. The audience is posed with a difficult quandary: do we laugh, knowing as we do that Albert is perfectly fine, or grieve with those who are sure that he has died? As a whole, the singers demonstrated a real sensitivity, and a natural feeling for the odd, intoxicating textual underlay that singing Britten demands.

Portland State University Opera always delivers a high-quality product in which it seems everyone is giving every ounce to the performance, and the sum feels greater than the marvelous parts. Albert Herring was no exception.
Posted by Lorin Wilkerson at 9:20 AM

BTW, if Britten was alive in our current climate, he'd be soundly investigated for "inappropriate behavior" along with Lenny Bernstein & many others.
Just sayin' . . .