Oregon Symphony goes local to deliver the goods in concert of Rachmaninoff, Debussy, and Haydn 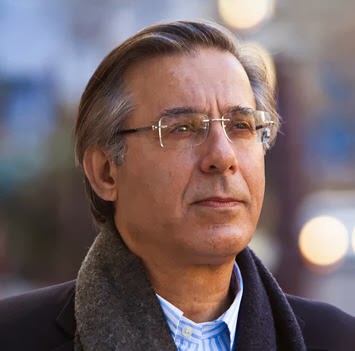 The Oregon Symphony didn’t look far afield to find top notch guest artists for its concert on Saturday (February22). Carlos Kalmar and company teamed up with Portland Piano International’s Arnaldo Cohen to deliver a riveting performance of Rachmaninoff’s Second Piano Concerto. They also collaborated with the women of the Portland State Chamber Choir to create a very atmospheric mood in Debussy’s “Nocturnes.” Without guests, the locals of the orchestra and Kalmar (who has made his home in Portland), polished off a very satisfying interpretation of Haydn’s Symphony No. 53 (“L’Impériale”).

The big draw on program was the Rachmaninoff piece, which is one of the most popular piano concertos ever written because of its gorgeous themes. The first few minutes of the performance on Saturday evening got off to a robust start, but the orchestra was just a tad too loud for the first few minutes until Cohen got to the first theme. From that point on, a mind meld between soloist, conductor, and orchestra occurred and the performance became pure magic. Cohen effortlessly dazzled the audience with playing that sparkled and shimmered in the fast sections and became tantalizingly dreamy in the slow ones. The orchestra augmented his playing with stellar dynamics that kept the piece moving forward. Brilliant solos by principal horn, John Cox and principal clarinetist, Yoshinori Nakao added to the luster of the performance. The audience practically jumped up to applaud the performers after the glorious finale and was rewarded with an encore that splashed through the finale again.

The concert began with Debussy’s “Nocturnes,” which is divided into three movements that evoke Clouds, Festivals, and Sirens. In the first movement, it was easy to imagine clouds adrift as the orchestra painted a mysterious and serene mood. The rising sequence of notes from Kyle Mustain’s English horn added a beguiling, hypnotic element. The second movement featured pulsating sounds from the woodwinds, a rolling series of notes from the flutes, a procession emanating from harps and timpani, and a fanfare of trumpets from afar. The choir of women in the final movement placed a radiant thread of ahs on the sonic tapestry of the orchestra. The overall effect was soothing and enchanting and worthy of the sirens of Greek legend.

The first half of the concert ended with a lively interpretation of Haydn’s Symphony No. 53 (“L’Impériale”). The strings of the orchestra shone in all facets of the piece, whether they fashioned passages of smooth elegance or skipped along playfully. Their blend was exceptional, and they explored all sorts of little dynamic nuances along the way. It was a delight to hear and a reminder of how exceptional this orchestra has become in playing pieces from every era of the classical repertory.
Posted by James Bash at 10:27 PM