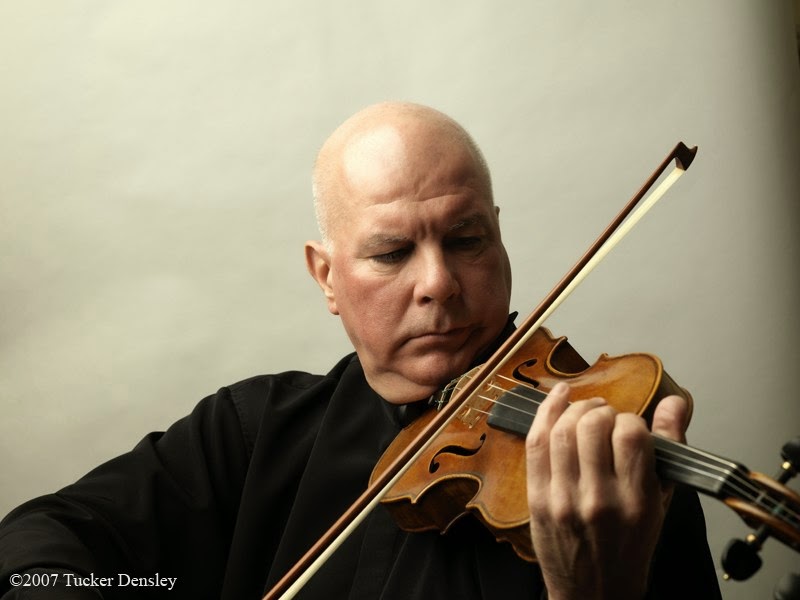 Scandinavians love strong, robust coffee, and it was that kind impression that Elmar Oliveira created in his performance of Sibelius’s Violin Concerto with the Vancouver Symphony on Saturday afternoon (November 1) at Skyview Concert Hall. The internationally acclaimed violinist was the headliner in this orchestra’s second concert of the season, which also featured a lively, uptempo rendition of Shostakovich’s “Festive Overture” and evocative playing of the Prokofiev’s Seventh Symphony.

Oliveira has been a familiar face in the Pacific Northwest, appearing with Chamber Music Northwest, the Oregon Symphony, and the Seattle Symphony. In this concert, which marked his debut with the Vancouver Symphony, he played the Sibelius Violin Concerto with assured artistry. His fleet fingers, after maneuvering through a minefield of notes, could stop on a dime and deliver a beautiful straight tone, delve into double stops, or glide into a quick glissandos with panache. What would have made the performance even better would have been some true pianissimos, because the volume level always fairly loud. Still, Oliveira’s playing won over the audience, which called him back to the stage three times.

The orchestra made an emphatically positive impression with its playing of the Prokofiev’s Symphony No.7. Right from the first bars, the strings created a lyrical yet ominous atmosphere that made one wonder where this piece (written for a children’s radio broadcast) was going to go. Overall, sound between various sections of the orchestra was very well-balanced. Even when the brass section arrived on the scene, it didn’t overpower the strings. The principal members of the orchestra excelled in the many exposed passages of the second movement, and under the direction of music director, Salvador Brotons, that movement came to an exciting close. A number of fine solos punctuated the third movement, and the fourth transitioned deftly between a variety of moods and engaging tempos.

The orchestra opened the concert with an energetic interpretation of the “Festival Overture,” one of Shostakovich’s most popular, short pieces. Brotons set the ensemble on a brisk pace that made the piece energetic and engaging. The sound of the strings got a tad blurred in the fastest sections, but the brass section was snappy, and principal clarinetist Igor Shakhman whipped through stream of notes with ease.

I haven’t heard the Vancouver Symphony in a couple of years, but based on this concert, it seems that the orchestra has made some excellent strides forward with better intonation and execution. The positive changes bode well for the orchestra, and people who haven’t heard them in a while should check them out.