My review of the Oregon Bach Festival's concerts that featured the world premiere of James MacMillan's "A European Requiem" and Robert Levin with the Berwick Academy has been posted in the Classical Voice North America magazine (sponsored by MCANA). It has a fancier title than I had cooked up. 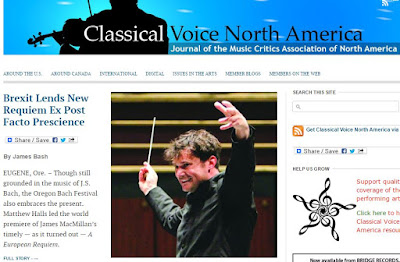 Ha ha! That is a fancy title.