Ax and Oregon Symphony play Bach and Strauss with panache 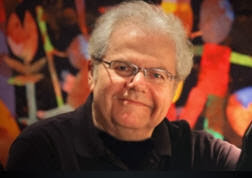 Emmanuel Ax, one of the most popular pianists with Portland audiences over the years, returned to the stage at the Arlene Schnitzer Concert Hall to play J.S. Bach’s D minor Concerto and Richard Strauss’s “Burleske” with the Oregon Symphony. The performances I heard on Monday night (January 13) were polished and a delight to hear. The program, conducted by Carlos Kalmar, included Beethoven’s “Grosse Fuge” and Eighth Symphony.

Ax, the Grammy-award winning pianist and promoter of new music, decided to go retro for this concert with pieces by Bach and Strauss. His Bach was river-flowing-smooth, and he never lingered in a self-indulgent way on any of the notes. His performance was a conversational and virtuosic conversation between him and the instrumentalists of the chamber ensemble-sized, orchestra, which Kalmar guided meticulously without a baton.

Strauss wrote Burleske in 1885 and 1886 when he was only 21 years old, and it contains a lot of showy, virtuosic flourishes, which Ax played with élan. Ax handled the florid scales with ease and created all sorts of bright colors, making fast sections of the piece gleam and sparkle. The slow section featured an outstanding duet in which principal timpanist Jonathan Greeney perfectly matched the light touches that Ax played. In the lighter passages, the orchestra applied brushes of sound and in the stronger statements they turned up the heat – all of which enhanced the performance. As an interesting aside, it was Ax who last played it with the orchestra in 1989.

Trimmed down to a strings-only chamber music ensemble, the Oregon Symphony opened the concert with a scintillating performance of Beethoven’s “Grosse Fuge.” Since the piece was originally written for string quartet, it was long after Beethoven’s death that Felix Weingartner made an orchestral arrangement. Basically, as Kalmar pointed out in his prefatory remarks, Weingartner added bass violins to the piece and didn’t touch much else. To my ears, his scheme worked exceptionally well. The strident, leaping, and edgy lines that mark the main theme jumped out and gripped the audience by the lapels. The harshness of that theme contrasted well with the soft and almost lush theme and the lighthearted, jokey theme that came later. One of the most intriguing points in the piece was the series of five pauses, each interspersed with a brief passages. It was as if Beethoven were switching train tracks in his head.

The concert concluded with Beethoven’s Symphony No. 8. The first movement alternated between punchiness and gracefulness. Sometimes they seemed to mash together at the same time. The dynamic contrasts were strongly conveyed throughout the piece. One of the highlights was the wonderful trio between the horns, principal clarinetist, and principal cellist in the second movement. Principal bassoonist Evan Kuhlmann’s many solos were lovely, but they need to be a little strong to cut over the orchestra. The horns seemed run a little rough here and there, but the speedy last movement was a treat for all in the hall.
Posted by James Bash at 2:10 PM