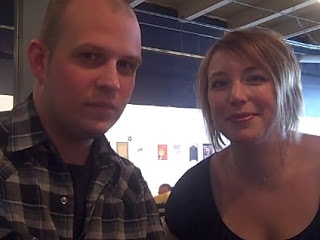 It’s not often that you get the chance to hear a real German Lieder recital in Portland, but on Saturday afternoon (3 pm), August 9th, two up-and-coming singers, tenor Stephen Marc Beaudoin and mezzo Tuesday Rupp at the Community Music Center. Beaudoin and Rupp will sing works by Robert Schumann and Johannes Brahms, and for extra measure they will also perform songs from Kurt Weill’s “Die Dreigroschenoper” (“The Threepenny Opera”) and “Die Silbersee” ("The Silver Lake”).

Both Beaudoin and Rupp have been very active in Portland’s music scene. Beaudoin, a graduate of the New England Conservatory of Music, recently completed performances of “Les Miserables” at the Broadway Rose Theater, and has sung with the Trinity Consort, Cappella Romana, Cantores in Ecclesia and the Portland Baroque Orchestra. Beaudoin is the founder of the male quartet FourScore and writes about the arts for many publications, including "Just Out," "Crosscut," and his blog, "From Every Corner."

Rupp is the music director at Milwaukie Presbyterian and sings with Cantores in Eccelsia, Cappella Romana, the Trinity Consort, and the Trinity Cathedral Chamber Choir. A graduate of Boston University, Rupp is pursuing a master’s degree in conducting from Portland State University. Rupp co-founded the women’s early music ensemble In Mulieribus, which has recently released its first recording, "Notre Dame de Grâce," and she does a lot of recording work for the Oregon Catholic Press.

Last week I met Beaudoin and Rupp at the BackSpace Café to find more about their upcoming concert.

Have the two of you worked together before? How did you meet?

Rupp: I first met Stephen at the William Byrd festival two years ago when we were both singing in Cantores in Ecclesia. We’ve continued to sing in several other choirs, and we’ve become good friends.

This recital was Stephen’s idea, and he invited me to be part of it.

Why aren’t there more lieder recitals in Portland?

Beaudoin: Yes, there’s a dearth of vocal recitals here. Portland has a huge pool of singers, but most work with ensembles. We’d like to open that up and work with other musicians. This concert, “Love 4 Ways,” will give us the chance to show what we can do.

Is Schumann’s song cycle “Dichterliebe” special to you?

Beaudoin: I’ve wanted to do the entire “Dichterliebe” since I was a young voice student – 16 or 17 years old. My voice teacher back then threw this work at me one day and my world shifted on its axis. The first tune in the set, “Im wunderschönen Monat Mai,” is one of hardest opening songs in a song cycle that I know – in terms of the technique that it takes to sing it, the delicacy of the piano part, and in terms of setting a tone for a cycle that is very fragile and unsteady. But all of the songs in “Dichterliebe” present all sorts of emotional and technical problems that are fun to work through. Some people might know “Ich grolle nicht.” I’ve wanted to go back and do the whole thing. Ian Bostridge talks a lot about the maturity of self and intellect that it takes to approach a cycle like this one. I want to take a bite of it and see if I can get there.

What about the Brahms songs and Schumann’s “Frauenliebe und Leben.”

Rupp: I’ve been picking around the Brahms songs for a long time but I’ve never done them. But I’ve always wanted to. The “Frauenliebe” is an extremely personal set of songs. Mezzos love to do them, partly because there aren’t that many song cycles for women’s low voice.

The art of lieder is an exciting thing for audiences to discover. The themes that we are singing about have meanings for anyone who has ever fallen in love. In the Schumann’s “Fauenliebe” contains eight songs that discuss love: courtship, marriage, childbirth, and death of a spouse. The emotional content is powerful and very real. The first song says “Ever since I’ve seen him I think that I’m going blind.” And that just gets things started.

Then there’s the Weill numbers…

Rupp: Yes, the Weill section at the end that is sort of a departure. But it’s still about love, just not the type of love that was romanticized in the 19th Century.

Beaudoin: Weill was a theater composer who is finally being treated as a serious composer. I think that’s great.

Since you are singing the songs in German will the programs have and English translation?

Rupp: Yes, but it would be nice to have supertitles.

Beaudoin: Marilyn Horne's foundation tried that as a test drive for young singers a few years ago, but it got mixed reviews. Lieder doesn’t have a strong visual element like opera, so that might be why supertitles aren’t effective.

Rupp: My performance will be more conservative, although it would be fun to do something subtle in the way of movement and lighting.

Beaudoin: We’ve got the German down, except for some pattery stuff in the Weill that has tripped us up a bit. But we are looking forward to this performance. 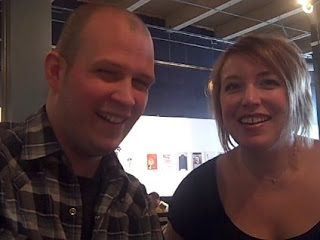