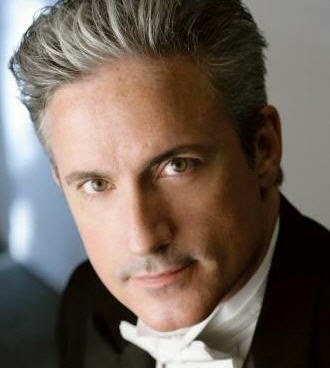 The Portland Columbia Symphony Orchestra is delighted to announce the appointment of Steven Byess as Music Director and Conductor, effective today, and to release dates for the 2014-2015 performance season.
This selection is the result of a two-year process led by a search committee made up of orchestra musicians and members of the board of directors. After an intensive year of searching, five finalists were selected from a pool of 151 qualified candidates to vie for the position. Each of the finalists took the podium to conduct concerts for the 2013-2014 season. Ratings of these candidates were rounded out by musician and audience polls. The search committee happily selected Steven Byess based on his demonstration of character, charisma, an excellent array of skills, and a deep-seated passion for the arts.
We extend our gratitude to maestro Huw Edwards for leading PCSO for twelve successful seasons and will welcome him back in the future as Conductor Emeritus and Principal Guest Conductor.
STEVEN BYESS – Conductor
The extraordinarily varied career of Steven Byess takes him not only to the stages of symphony orchestras and opera companies, but also to the stages and genres of Broadway, jazz and television. He is a dynamic conductor and has been hailed by critics as "masterful and brilliant," "creating the epitome of instrumental elegance" and "a talented interpreter, able to capture the sweep of a piece without neglecting detail."
Steven Byess was raised in Atlanta , educated at Georgia State University and the Cleveland Institute of Music, and now resides in Los Angeles . He is the Music Director of the North Mississippi Symphony Orchestra and the Arkansas Philharmonic Orchestra, Associate Music Director of the Ohio Light Opera, Principal Guest Conductor of the Sinfonia Chamber Orchestra of Krakow, Poland, and formerly held the posts of Cover Conductor for the Detroit Symphony Orchestra, Conductor for the International Vocal Arts Institute in Tel Aviv, Israel, and Music Director of the Colorado Youth Symphony Orchestras. Former academic posts include Opera Conductor for the Cleveland Institute of Music (Ohio), Music Director of Opera for California State University — Los Angeles, and conducting faculty of the University of Michigan School of Music in Ann Arbor, Michigan.
Steven Byess is a passionate advocate for the arts, much sought after for his speeches on the arts, music, music education and general education. An important community leader, he has created and organized frequent and annual collaborations with numerous choruses, chamber music ensembles, and festivals of the arts. He also wrote, co-directed and is featured in a PBS presentation entitled Count On It!, which is designed for children grades K-3, and shows the correlation of music to mathematics.
Mr. Byess was chosen by Walt Disney World Entertainment to conduct the 2000 NFL Superbowl Halftime show. The production had over 400 performers, including the Walt Disney World Millennium Orchestra, broadcast to over 900 million viewers worldwide. Byess is also currently featured in a commercial videotaping for the Starz and Encore movie channels, airing internationally.
2014-2015 SEASON
PCSO celebrates its 33rd season in 2014-2015 with four programs of symphonic music. Friday night concerts are held at Portland ’s First United Methodist Church , and Sundays at 3 Series matinees are hosted by Mt. Hood Community College . Symphonic Safari Goes Halloween, the popular family holiday concert, will repeat at Parkrose High School in October 2014.
September 19, 2014 – 7:30pm – First United Methodist Church , Portland
September 21, 2014 – 3:00pm – Mt. Hood Community College Theater, Gresham
November 21, 2014 – 7:30pm – First United Methodist Church , Portland
November 23, 2014 – 3:00pm – Mt. Hood Community College Theater, Gresham
March 13, 2015 – 7:30pm – First United Methodist Church , Portland
March 15, 2015 – 3:00pm – Mt. Hood Community College Theater, Gresham
May 1, 2015 – 7:30pm – First United Methodist Church , Portland
May 3, 2015 – 3:00pm – Mt. Hood Community College Theater, Gresham
ABOUT THE ORCHESTRA
Founded in 1982 by Jerry Luedders at Lewis & Clark College , Portland Columbia Symphony Orchestra is a not-for-profit service organization dedicated to presenting quality performances of standard, worthy but rarely performed, and new orchestral repertoire. The orchestra features regional composers, soloists, and musicians both professional and semi-professional. Portland Columbia Symphony Orchestra brings together musicians and audiences in friendly, affordable, and accessible concert experiences.
Posted by James Bash at 8:24 AM

Congratulations to All and thank you for all of your hard work! Looking forward to our new season!
NatchareeA
Portland Patron of the Arts

Great job uncle. I am very proud of you, I know you will love Oregon as much as I've grown too.