A Little Night Music has an afterglow in Mock Crest production 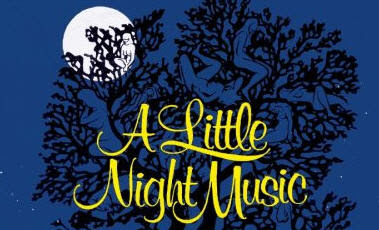 If your life is filled with regret over past decisions, especially in the realm of love, then money and public adulation won’t really soothe the core of your being. That’s what the character of Desirée Armfeldt reveals during the most poignant moment in “A Little Night Music,” the Stephen Sondheim musical that is holding court at Mock’s Crest Theater. I attended the performance last night and enjoyed the way that Margie Boule played Armfeldt. Boule’s singing of “Send in the Clowns” was filled with enough resignation and genuine emotion to cause some audience members to sniffle because they were caught up in her character’s predicament.

Another strong performance in this production came from Stacey Murdock as Fredrik Egerman, the man who belatedly realizes that he loves Armfeldt. With his acting and singing Murdock convincingly captured Egerman’s conflicted nature down his loafers.

Debbie Hunter turned in an exceptional performance as Countess Charlotte Malcolm. With spot-on timing, Hunter delivered her barbed lines perfectly. She punched holes in the egos of all of the story’s characters except for that of her husband, the Count Carl-Magnus Malcom, played with an aptly inflated sense of himself by Douge Martin.

As the seminary student Henrik Egerman, Connor Bond practically embodied the anguish and frustration of a young man in love with his step mother. Bond was nicely paired with Danielle Larson, who energetically created the very young and naïve step mother, Anne Egerman. Eva Wolff performed the brash role of Petra with gusto and showed off her fine mezzo-soprano voice in her singing of "The Miller's Son." Janet Penner as Madame Armfeldt bragged and commanded others with conviction. Kelliann Wright charmed the audience in the role of the granddaughter, Fredrika Armfeldt, and Andrew Wade more than held his own as the butler Frid.

John Vergin, Alexis Hamilton, Elizabeth Bacon, Jeremy Sloan, and Maria Lewis-Leatha as the Liebeslieder Singers nimbly negotiated the confines of the small stage. I enjoyed how they spied on the goings-on of the main characters. Kristine McIntyre enhanced the production with clear directions that made me almost forget how small the stage at the Mago Hunt Center Theater really is.

Mock’s Crest pulled out all the stops with its costuming for the female characters, all of whom sashayed about the stage in full evening regalia for upper crust Europeans during the fin-de-siècle prior to WWI. The dresses, long evening gloves, fans, and occasional headdresses added color and a touch of glamour. The rotating parts of the stage (one to the left and the other to the right) added another creative touch that made this production work well. Scenic designer Lawrence Larsen used a suspended house and the image of a shimmery lake in the final act to paint the picture of a placid summer evening in Sweden.

This production has some problems in vocal quality, and some singers also had problems with projecting their voices adequately. Fortunately, the orchestra, conducted by Roger O. Doyle, accommodated for the variances in volume with sensitivity. As a result, the audience left the show feeling serenaded into the evening air.

Hear hear; in addition to other good acting performances, Margie Boule really was warm and authentic as Desiree Armfeldt. She was completely convincing and made me want to come 'round for a second performance.