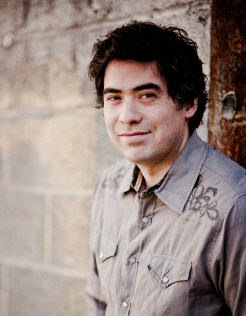 It was recently announced that Kenji Bunch will take over as the artistic director of Fear No Music, one of Portland foremost new music ensembles, at the end of this season. Stepping down from that leadership position is Paloma Griffin Hébert, who will continue to play violin with the ensemble. In the meantime, Fear No Music will present a concert of Bunch’s chamber music at the Alberta Rose Theater this Friday, April 18th, at 8 pm. Bunch grew up in Portland, played in the Portland Youth Philharmonic and graduated from Wilson High School before transitioning to New York City where he attended and graduated from Julliard (BA in viola performance and MA in viola a composition), married pianist Monica Ohuchi (a fellow Julliard grad who will become the executive director of Fear No Music next season).

I recently talked with Bunch about his work. Here’s our conversation.

You are a busy fellow. You teach with the Portland Youth Philharmonic, play in the viola section of the Oregon Symphony, and play with other ensembles like the Free Marz String Trio. You’ve got this new appointment and a big concert coming up.

Bunch: I also have a few viola students at Reed College, and between all of it I’m trying to write some music. It is great to be busy. I am happy to have a lot of work and to become part of the musical community here.

I’ve heard some of your music and one of the things I’ve notice is that many of the pieces have a strong sense of rhythm.

Bunch: Yes, some of my music has a strong rhythmic drive. Rhythm is all around us. We have pulsating music, industry… it’s just coursing through our veins. A lot of times I will find an inspiration for a new piece with rhythm rather than with a melody… but not all of the time. There are a couple of pieces on the program, “Drift” and “Slow Dance” that are lyrical and more abstract. They don’t have a driving pulse.

Your music also seems to have a lot of tonality but there’s always some dissonance around the edges.

Bunch: I’m normally grounded in some kind of tonality. What’s fun today is that composers don’t have to follow any set of rules about tonality. There are times when I’m in a very traditional tonal key center. Sometimes I draw from folk elements that sit on one harmony for several minutes. Other times, such as in “Drift” and places in “Paraphraseology” that are almost completely removed from tonality. I like to have the freedom to go off the rails a ways and then come back.

I like to explore the entire spectrum of consonance and dissonance. For me, dissonance has more meaning when it is in the context of a tonal framework. My favorite moment in a piece of music – mine or others – is the tension created from dissonance.

I recently heard John Luther Adams’ “Become Ocean,” which didn’t have a particular destination. Do you always try to take the listener on a journey?

Bunch: I’m normally inspired by trying get from one place to another in a piece, and I haven’t tried to write something that wouldn’t do that. I do enjoy music that exists in place without any development, and I’ve performed that kind of music. I like John’s music and have a lot of respect for him. It takes a lot of courage to write music where listeners experience sounds with no development. Everything in the upcoming concert of my music is intended to take you from point A to point B.

Your chamber music in the concert involves more instruments than just the usual strings. You’ve got drums, marimba, clarinet, and piano. Do you try to learn what these instruments can do before you write something for them?

Bunch: I’ve always been curious about musical instruments. It has been hobby of mine to collect them. That’s an interest that I got from my father who has dozens of instruments in his home. With the music I’ve written, I’ve been really lucky to work closely with virtuoso performers on each of the instruments that are in my chamber works.

For example, I wrote “Paraphraseology” for marimbist Makoto Nakura. He would show me what worked well and what didn’t. I love finding out this stuff, and I think that it helps that I’m an active, performing musician as well. There are things that you find out from playing in front of people.

I’ll bet that your wife has offered a bit of advice about some of the works that you’ve written for piano.

Bunch: She has been an enormous help. I’ve learned tons from her about writing for piano. Before I met her I had written very much solo piano music. Since then, I’ve written her a piano concerto and a book of performance etudes.

Have you written much for voice?

Bunch: I’ve written songs for baritone. I haven’t written much choral music, but I do have a choral part in my second symphony.

Wow! I didn’t know that you had a first or a second symphony. What is the big thing on your horizon?

Bunch: Well, I just turned 40, and the thing that I would love to do some day is to write an opera.

Any special notes for concertgoers who will be attending the Fear No Music at the Alberta Rose?

Bunch: I hope that people can just come and enjoy the music. No one has to do any homework in advance. I hope that my music can connect with the listeners. It’s a real honor these days to ask anyone for their attention. To get people to focus their attention on something more than their cell phones is not easy!
Posted by James Bash at 5:04 PM