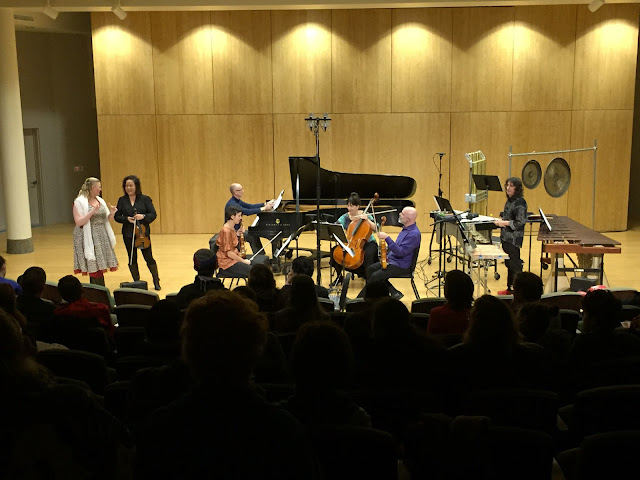 Last Saturday in Lincoln Hall, members of fEARnoMUSIC performed an outstanding concert to celebrate their newly released CD, “Somewhere I have never traveled.” The album and the concert featured the music of Bonnie Miksch, who is the chair of the music department at Portland State University. Each piece on the program took the audience on a sonic journey that was often meditative and introspective, exploring relationships and dream states. All of the pieces were recorded for the CD at Kaul Auditorium by David Hoerz during the summer of 2015.

The concert began with “Song of Sanshin,” in which Miksch took a traditional Korean tune and shaped it to a new path. Tones slipped and slid gently between notes as if drawing out an elongated curlicue. A thoughtful phrase would float into view and sometimes become slightly rhapsodic with intriguing embellishments. Throughout the piece, violinist Paloma Griffin Hébert, cellist Nancy Ives and pianist Jeffrey Payne maintained a superb balance of sound – as if in the same contemplative state.

Next came “Somewhere like you, my darling,” which had a beguilingly intimate and intertwined feel. That duet was commissioned by violist Joël Belgique for his wife violinist Inés Voglar Belgique, and the two played the piece with a mind-meld that took the music to a higher level. The lovely interplay of sounds between the two performers was as much fun to hear as well as watch – a signature piece, for sure.

With “Man dreaming butterfly dreaming man,” Miksch was inspired by a legendary Taoist philosopher, who dreamt of becoming a butterfly and then upon awaking wondered if he were a butterfly who then dreamt of becoming a man. With violinist Voglar Belgique and pianist Payne, the piece quickly put listeners in the realm of the fluttering butterfly. If so, then perhaps the low and slowly churning notes were supposed to represent man. Or perhaps that didn’t matter at all, because one could become spellbound by the unusual sounds that Voglar Belgique created.

After intermission the six of the core members of the fEARnoMUSIC ensemble (Voglar Belgique, Griffin Hébert, Belgique, Ives, Payne, and percussionist Joel Bluestone) played “Somewhere I have never traveled,” a five movement work that probed dream states – or as the composer stated in the program notes: the non-physical realm.

The first movement, “In a state of vibration,” established light and pleasantly reassuring base. That immediately gave way in the second movement, “Dweller at the threshold,” which took over with a heavy, ominous and nightmarish, edgy atmosphere. The third movement, “In a body of blue stars” evoked a sense of weightless drifting about with random-like notes from the piano and sustained tones from a bowed xylophone. The fourth, “Sexploration,” undulated with a rhythmic pulse, a wonderful marimba line, and south of the border quality. The fifth, “In a field of golden light,” sounded lithe and opened like a flower so that the music seemed to ascend and coalesce before it ended.

Throughout “Somewhere I have never traveled,” Bluestone showed his expertise on a variety of percussive instruments, including a series of small cymbals, two big gongs, tubular bells, xylophone, and marimba. The performance was the last one that Bluestone, who was one of the founding members of fEARnoMUSIC, would give with the ensemble. 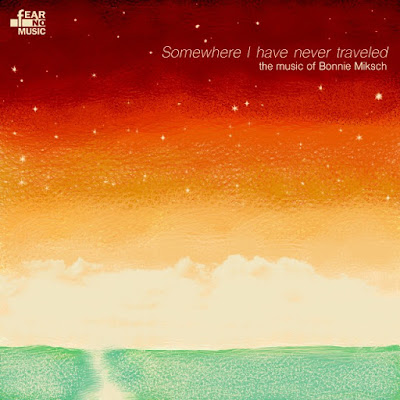