Talking with composer Bonnie Miksch about her new CD with fEARnoMUSIC 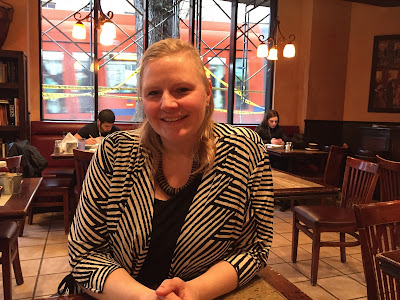 This Saturday evening the fEARnoMUSIC ensemble will present a concert in celebration of their new recording of works by Oregon composer Bonnie Miksch. Entitled “Somewhere I have never traveled,” the concert and the CD feature Miksch’s chamber music, which is an exploration of states of consciousness, emotions, memories, and dreams. The concert and CD release event will take place at 7:30 in Room 75 of Lincoln Hall on February 13th. The cost for tickets $5-20.

Miksch has been a member of the music faculty at Portland State University since 2004 and is also a member of Cascadia Composers. This recording represents a milestone for her career. She is a busy woman who juggles family (10 year old son and a 7 year old daughter) and work – she recently became the chair of the music department at PSU. I caught up with her at a local coffee shop to lean more. Here is part of our conversation:

Where did you study music composition?

Miksch: I went to Syracuse for my undergrad degree and to University of Cincinnati for my Masters and Doctorate. All of my degrees are in music composition.

Are you from the East Coast?

Miksch: I grew up near Pittsburgh, Pennsylvania, which had a terrific arts scene. I had never been to Portland until I interviewed for the position at Portland State, but my dad was from Portland and went to Lincoln High School in the same building that is now where my office is at PSU.

My parents fostered creativity in our household. We were encouraged to write plays and make up songs and poems. My mom kept us busy with the arts. I started with the piano in second grade and violin in the fourth. Dad was an engineer and mom a nurse.

Miksch: I had written some music before going to college. I did some work with a local theater company, writing some music for a Robin Hood production – it was my take on medieval music. I was introduced to 12-tone music while in high school. I loved the idea and it appealed to me intellectually. I didn’t really understand it all that well and just kept writing a series of new 12-tone rows

While an undergrad, I took my first composition class. The anxiety that I felt as a performer kind of dissipated when I took composition. Truth be told, I didn’t enjoy all of the hours practicing scales and arpeggios and concerto excerpts. I got bitten by the composition bug and had a real wonderful mentor, Andrew Waggoner who still teaching at Syracuse. Melinda Wagner, who won the Pulitzer Prize for music in 1999, was my theory teacher at Syracuse. I really loved school and taking as many classes as possible.

I went to the University of Cincinnati for my graduate work, all of the grad students had their tuition paid. I got wonderful theory training and wonderful history instruction. I studied a lot of early music. I played treble or tenor viol and sang in a cathedral choir there. At the end of my program, I became interest in computer music. I wrote more electroacoustic music before I came to Portland. I was travelling more and needed music that I could plug and play. Some were for tape and voice and the studio part was mixed. You can’t play it back on a keyboard because it was more gestural and textural, but very harmonic still. My approach to electoacustic music is more open ended than my approach to acoustic music

This new album has my acoustical music. I live in both worlds.

Tell us more about the music in Entitled “Somewhere I have never traveled.”

Miksch: The title reflects the music on the disc which explores dreams and different states of consciousness. It’s more about internal travel in a dreamworld. I’ve been inspired by dreams for years and how to work with them creatively. It’s an internal experience, but a shared experience with everyone – the personal in the context of the community.

There are four pieces altogether. The commission from the fEARnoMUSIC was to have a piece for their core: string quartet, percussion, and piano. It’s difficult for them to find pieces in the repertoire that has all those elements. It’s over 20 minutes long and has five movements. Each movement is based on a dream image.

The other pieces feature subsets of the core. I’ve got a piece for violin and piano that is an older piece. It has been performed a lot. It’s called “Man dreaming butterfly dreaming man.” It’s based on the Taoist philosopher who had a dream that he was a butterfly and then woke up wondering if he were a butterfly dreaming that he was a man. That’s the idea of lucid dreaming. The violin is detuned one whole step on the E string. That changes the color of the piece and gives you some interesting harmonics.

There’s a piece that features violist Joël Belgique and his wife Inés. They play it so wonderfully

One of the pieces on the album is called “Song of Sanshin.” I wrote it after the Korean Cultural Society put a call out for composers to create some music based on some Korean themes that they had posted. So I wrote a piano trio using one of those theme, and that was a lot of fun. It spoke to my heart, and I won an honorable mention. Sanshin was a mountain god and the music that I wrote has a solitary aspect.

Congratulations again, and good luck with your composing! 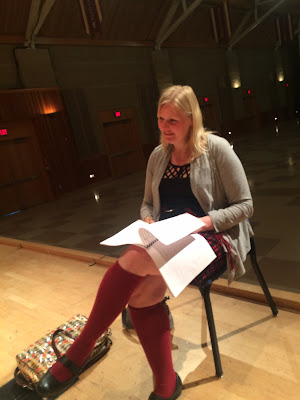