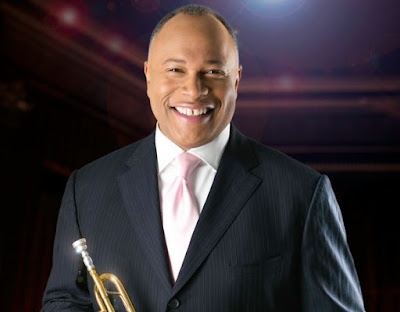 The Oregon Symphony will take you to the sounds of the Cotton Club in its pops concert this weekend, featuring conductor and arranger Jeff Tyzik, trumpeter Byron Stripling, vocalist Miche Braden, and tap dancer Ted Louis Levy. The Cotton Club was one of the most famous jazz clubs ever, and during its heyday in Harlem from 1923-1935 all of the big names in black entertainment performed there. I talked with Stripling to find out more about the show. Here is part of our conversation:

How to you figure out which pieces to play for this concert?

Stripling: Jeff and I know of the many famous and pivotal performers who appeared at the Cotton Club, and the music that they played there. For example, anything Duke Ellington did, we will pretty much consider for our show – excepting his sacred music and similar pieces. We focus a lot of Duke Ellington’s music because he was so pivotal to the Cotton Club. He would write a different show almost every couple of weeks for the Cotton Club, and you have to realize that his shows involved a big band, dancers, and singers. He was an amazing musician who continues to inspire us today.

The dancing at the Cotton Club was very important, and Ellington married one of the Cotton Club dancers. All of the performers at the club were black and all of the audience was white. But they didn’t want the female dancers to be too dark. They used the “paper bag test.” The dancers weren’t supposed to be darker than a paper bag.

It was an interesting cultural era. Performances at the Cotton Club started after the Broadway shows closed down for the evening. The Gershwins, Harold Arlen, and many other Tin Pan Alley song writers all went uptown to Harlem to get inspired by a different culture. There’s a great poem by Langston Hughes called “You’ve taken my blues and gone” in which he talks about how others took the blues and put it on Broadway and in movies. It summarized how the black culture of the Cotton Club was so important to other song writers of that period.

Our show has the power to show those influences. The one thing we really lean on the high artistic quality of Duke Ellington’s music that we then partner with quality entertainment. This show that we have developed is the second incarnation of this show. Jeff and I had an earlier Cotton Club show that was very successful. We went all over the country with it… including Portland. So the show that we will bring to you this weekend is new version of the show.

Did Tyzik arrange everything for you and your trumpet?

Stripling: Yes. Every note you hear in the concert was put on paper by Jeff. We figure out what works and with which performers – for this show our vocalist Miche Braden and tap dancer Ted Louis Levy. Jeff works with each of us. He is a real leader – the kind of a guy who makes everything better.

I met Jeff when I was in college at the Eastman School of Music. At that time he was playing a lot more trumpet, and he was always a band leader. I think that he has leadership blood in his body.

Let’s talk about the music that you will play.

Stripling: We will do some Ellington numbers, kicking things off with “It don’t mean a thing if it ain’t got that swing,” and later we will do “Mood Indigo,” and “Harlem Congo.” Another fun tune is “Swing that music,” which was a big hit by Louis Armstrong.

What is“Gimmie a Pigfoot and a Bottle of Beer” about?

Stripling: “Gimme a Pigfoot and a Bottle of Beer” is a song that Billie Holiday made popular. That is a greasy, gritty song with an urban feel. You couldn’t get that sort of thing in downtown Manhattan. You had to go uptown to Harlem.

The blues reflected the feelings of Black people in their everyday lives. So “Gimme a Pigfoot and a Bottle of Beer” gives you that lowdown, gut bucket feeling. That music started in New Orleans and went to Chicago before arriving in New York. By the way, the foundation of Duke Ellington’s music was the blues.

“I can’t give you anything but love” was a popular song and jazz standard with music by Jimmy McHugh and lyrics by Dorothy Fields. That song really captured the feeling of The Depression with the idea that I don’t have any money; all I can give you is love.

“Smile Darn You” was a song that Sammy Davis Jr. used to do at the Cotton Club when he was a kid.

“Your feet’s too big” was made famous by Fats Waller. It has that great line about your “pedal extremities” which means your feet. “Your pedal extremities are colossal to me they look like a big fossil.” So African Americans who were depressed because of racism and lack of opportunity financially could communicate their feelings through the blues or the music of Fats Waller which is uplifting and uses humor. You can use art to tease the very people who are oppressing you, and a lot of times, they don’t even know it. One of my favorite negro spirituals is one that says “Everybody talking about heaven ain’t going there.”

The second half of the program begins with “Swing Out” by Erskine Hawkins, who was a famous trumpeter from the same era. Then we go to “Minnie the Moocher” and “Kickin’ the Gong Around,” which are two Cab Calloway songs. “Minnie the Moocher” is a song about heroin. There’s a lot that has been written up about that and you can easily look it up. “Kickin’ the Gong Around” is also about cocaine or heroin. There was a way of disguising tunes and use inside jokes so that the artist could talk drugs.

We’ll play George Gershwin’s “I Got Rhythm,” which filtered into everywhere. The tune is a common progression that many artists used. “Stormy Weather” was performed by Lena Horne at the Cotton Club, and we will honor her with Jeff’s arrangement of that song. “Am I Blue” is a song that Ethel Waters sang at the Cotton Club. Then we’ll do “Ain’t Misbehavin’” another famous Fats Waller number that he performed at the Cotton Club, and we will finish with “Won’t you come home, Bill Bailey” which will almost turn in to a jam session. It’s very spontaneous, and it’s hard to get an orchestra to do that. We tell them that we don’t know when we’re going to finish this song. You just have to watch Tyzik and he will cue you. You don’t have to count any bars, and it ends up being fun for the orchestra.

What advice do you have for a young trumpet player who would like to become like you?

Stripling: A young, curious mind can take the playlist from the program and just look up the songs on Youtube. Everything is there. You’ll see clips of Louis Armstrong, Dizzy Gillespie, Miles Davis, and lot of other great artists doing these tunes. Anyone can see these videos and find out some of the things that inspired us to do this concert. It was different for me when I grew up. I had to go to the library or buy a record to hear this stuff. Nowadays, with the Internet, people tend to take things for granted. You can open up a whole world.

The show that we are doing with the Oregon Symphony is about joy and happiness. And before I forget -- It will feature two amazing talents: vocalist Miche Braden and tap dancer Ted Louis Levey. Both of them will blow you away. 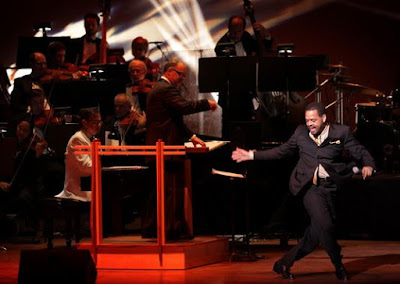