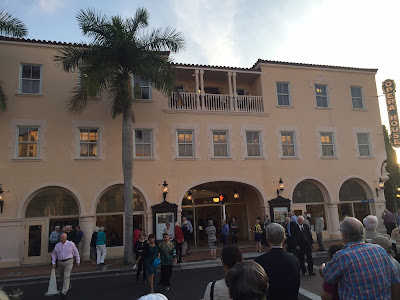 It's a muggy day here in Sarasota, Florida.  I am in Florida's Gulf Coast to sample Sarasota Opera's final blowout of Verdi operas with some reviewer colleagues and Verdi scholars. The company is the only one in the world that has done all 27 of Verdi's operas plus the 6 alternative versions plus all of Verdi's sacred and secular works, including fragments of pieces. So on Wednesday evening I heard "The Battle of Legnano" and last night was a concert of pieces written by Verdi in his youth.

The Music Critics Association of North America (yes, there is a passel of music critics) arranged for this excursion to the Gulf Coast side of Florida, courtesy of Visit Sarasota County, which is sponsoring us.
Posted by James Bash at 5:37 AM