Wordless Music project connects it all together 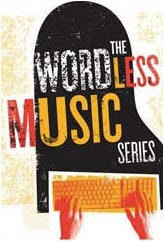 Wordless Music Series is a project based in NYC that is “devoted to the idea that the sound worlds of classical and contemporary instrumental music—in genres such as indie rock, free jazz, and electronic music—share more in common than conventional thinking might suggest.” The most logical way to illustrate this is to take performers of different musical styles, throw them together and have a concert in the hopes of attracting fans from diverse backgrounds, thereby allowing them to hear live music of a type they might not normally listen to. That’s exactly what will be happening at The Holocene this Thursday night and at the Old Church on Friday night, when Wordless Music presents its first PDX shows, in conjunction with Portland’s Spectre Entertainment Group.

The 21 and over show at 9 pm at the Holocene brings three performances together—members of Portland’s own chamber music collective Classical Revolution Portland (CRPDX) and ambient duo Stars of the Lid will perform along with Bay Area experimental guitarist Christopher Willits. Friday night at 8 pm is an all-ages show at the Old Church featuring the Third Angle New Music Ensemble and Eluvium, an ambient/experimental one-man show by Portlander Matthew Cooper. (For details see http://www.spectremusic.com/news.php.)

I recently had a chance to ask some questions of Matthew Cooper, along with Ron Blessinger, the artistic director of Third Angle, and violist Mattie Kaiser, founder of CRPDX. Mattie and Matthew responded via email, and I spoke with Ron over the phone.

The Wordless Music Series is devoted to the idea that "the various boundaries and genre distinctions segregating music today...are an artificial construction in need of dismantling." How does this philosophy fit in with Eluvium's/Third Angle’s/CRPDX’s music/mission?

Matthew: I'd say the best way for me to answer this--purely from my compositional perspective—is that I am constantly trying to push myself into areas I have not been to before musically--whether working with percussion or string ensembles or horns or ambient laptop work or solo guitar or piano work. I find myself relating to the forms of classical music more than anything else, as I see similar structures in classical composers. I think that the Wordless Music Series is trying to strike up the conversation that this is not too uncommon in many modern music makers, as we are seeing many instruments traditionally reserved for classical music popping up in modern rock among other genres.

Ron: People have a certain perception of classical musicians. We fit a stereotype, I suppose—people who sit down with music stands and learn the rigid traditions of European “art music,” whatever that means. The reality is that classical music in America is going off in a million directions. As classical musicians we need to be more rounded—well-versed in improvisation, familiar with jazz and all types world music.

Mattie: The goal of Classical Revolution PDX is to dismantle the conventional ideas behind "classical music." There tends to be a set of rules involved in a classical concert that can be quite intimidating. We are trying to provide an atmosphere where the audience is encouraged to listen to amazing pieces of music without stern social customs and high ticket prices. By taking chamber music out of the recital hall and making it more accessible to an audience who does not otherwise hear such music in a live context, Classical Revolution PDX strives to make the public aware that classical music is still relevant and can be enjoyed by all.

Do you feel that 'genre-bending'ensembles/performances enhance appreciation for all the styles represented?

Matthew: It's hard to say-- I guess hopefully so. I find that attraction to sound should lead one into various forms of it…it doesn't always lead to a new favorite instrument or group of musicians, but it may. The softness and melancholy of a Chopin nocturne can be found in a modern electronic work, or the playfulness of a Bach piece in an instrumental band with guitars, bass, and drums. I would hope that finding new things by using something familiar as a vessel would be the simplest way to help people find other sounds that speak to them, and perhaps even make them feel something they’ve never felt before.

Ron: The words used to describe the distinctions between genres are marketing tools. Now, marketing is a form of communication with consumers, so it’s not irrelevant. There are a lot of variables in a live show: for instance, just because you like jazz and go to a jazz concert doesn’t necessarily mean you’ll like that concert. A lot of it has to do with the performance itself. Genres, styles, marketing—they all matter, but in the end, good music is good music.

Mattie: Absolutely! The pairing of these ensembles in the Wordless Series provides an opportunity for the audience to discover that different genres have a lot in common. Many of the "non-classical" ensembles are deeply influenced by classical music and it comes through in their harmonies and orchestration, which classical listeners can enjoy. On the other hand, the audience that would typically only go to indie/electronic concerts can develop an understanding of the foundation of their music by being exposed to classical music. And to really prove that we're not so different, we even playing pieces by the same composer! Stars of the Lid and Classical Revolution PDX will both be performing pieces by Arvo Part, just in our own style.

What encouragement to come check out the Wordless Music show would you give a 'purist' fan of any genre who might regard this undertaking with some hesitation?

Matthew: Sound itself is more important than genre, style or era.

Mattie: The more we get together, the happier we'll be! No, really, there are hundreds of traditional classical concerts throughout the year, and a plethora of indie/electronic concerts happening here in Portland, but how often are you able to see them together? The Wordless Music Series is providing Portland with a completely innovative a way to see a concert and be exposed to something new, and we're all truly excited to be a part of it.

Anything else you want to add?

Matthew: I hope to see you there.

Mattie: I would love to inform your readers that Classical Revolution PDX is an open network of classical musicians, and if any of them would like to be involved in future performances to please visit our website www.classicalrevolutionpdx.org and join the revolution!
Posted by James Bash at 10:16 PM

Great interviews and some great insight. Like I mentioned at the shows, feel free to use any of the pictures on my Blog for a follow-up of the performance(s). Once again, it was great meeting you and hopefully we can keep in touch.