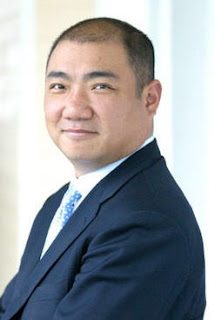 Portland Piano International has operated in Presto mode for its last two concerts, finding replacements for last minute cancellations. Last month Conrad Tao gave a terrific performance in place of an ailing Polina Leschenko. This time around, Xu Zhong came to the relief of Olga Kern, who had to attend to a family emergency. (I have heard that her father is extremely ill.) Zhong had just performed a solo recital at Willamette University as well as conducted and played two Mozart concertos with the Salem Chamber Orchestra the week before his engagement with PPI. Fortunately, Zhong was able to extend his stay in the United States and rescue PPI with an exceptional performance on Sunday afternoon (February 22) in a program that featured works by Debussy, Liszt, and Stravinsky.

The first half of the concert was devoted to Book I of Debussy’s Preludes, which consists of 12 impressionistic pieces that the composer wrote in 1909 and 1910. Zhong played these evocative preludes with finely honed sensitivity. From the soft, diaphanous sounds in “Danseuses de Delphes” (“Delphic Dancers”) to the flighty and spirited atmosphere of “La danse de Puck” (“Puck’s Dance”) and the jaunty “Minstrels,” Zhong found all sorts of tonal colors. Perhaps he slowed down a bit too much now and then, but the shape of each piece remained vibrant.

After intermission, Zhong performed Liszt’s “Sonetto 104 del Petrarca” from “Années de Pèlerinage II” (“Years of Pilgrimage”) and “Vallée d'Obermann” (“Obermann's Valley”) from “Années de Pèlerinage I.” Zhong excelled with the subtle and warm nature of the first work and contrasted it well with the demonstrative style of the second. The grand arpeggios and the filigree work in the “Vallée d'Obermann” were impressively clean and crisp in Zhong’s hands.

The concert ended in uptempo fashion with Stravinsky’s “Trois Mouvements de Petrouchka.” (“Three Movements from Petrouchka”), which dates back to 1921 when the composer converted three portions from this ballet score into a work for solo piano. Zhong really got into this piece, combining precision and artistry to capture the varied emotions of the music in all of its wild, primitive, and shimmering glory.

The audience responded to Zhong’s playing of the Stravinsky with an extended standing ovation, and Zhong returned to the Steinway to perform Brahm’s Intermezzo in A major as an encore. Maybe Zhong was just getting warmed up, because this piece came across with more heart and seemed to flow more freely than any of the other works on the program.
Posted by James Bash at 4:46 PM