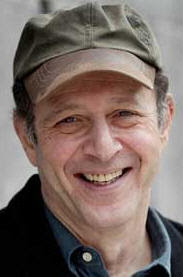 Steve Reich won this year's Pulitzer Prize for his "Double Sextet," which premiered on March 26, 2008 by the ensemble Eighth Blackbird in Richmond, Virgina. According to the Boosey & Hawkes web site, "Double Sextet" is a "22-minute work has two performing options, either as a live sextet of flute, clarinet, violin, cello, vibraphone and piano playing against a pre-recorded sextet on tape, or as an ensemble of 12 instrumentalists."

The New York Times states this about Reich's "Double Sextet:" is "a major work that displays an ability to channel an initial burst of energy into a large-scale musical event, built with masterful control and consistently intriguing to the ear."
Posted by James Bash at 8:41 PM

I once asked Robert Ward (a Pulitzer winner and past juror) why "so & so" won a particular year, He said;

And, so it goes with Reich.

The Pulitzer Prize is a unique beast. Interestingly enough, online publications were supposed to be under consideration this year for an award, but none were chosen.