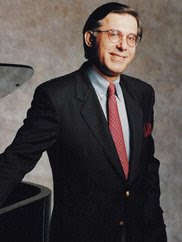 Displaying his technical prowess and interpretive skills to the utmost, Arnaldo Cohen delivered a superb piano recital on Monday evening (May 11) at the Newmark Theatre. In a program that consisted of demanding works by Beethoven, Schumann, and Liszt, Cohen’s depth and understanding allowed the musical emotion of each piece to come alive. This concert was the last one in Portland Piano International’s series for this season, and it was a harbinger of great things to come when Cohen returns to Portland next year to play all of the Beethoven piano concertos with the Oregon Symphony.

The concert opened with Beethoven’s Sonata in C minor, Opus 13 (“Pathétique”), which sounded exceptionally well-balanced in Cohen’s hands. Cohen never overstated the many themes in this piece, such as the noble one in the slow second movement, to achieve an artificial effect. Instead, his interpretation gave the music a natural and genuine feel.

But Cohen took the audience to higher level with an absolutely incredible performance of Beethoven’s Sonata in C Major, Opus 53 (“Waldstein”). It was as if dark clouds lifted and a bright, sunny clarity emerged – all without the aid of Aspirin, Tylenol, or Ibuprofen. I would normally hesitate to say that a piano performance can be a life-enhancing event, but that’s what Cohen achieved with the "Waldstein."

At intermission, I could’ve gone home and been totally happy about this concert, but, of course, I wanted to hear what Cohen would do in the second half. His played the first piece, Schumann’s “Arabesque” in C Major, Opus 18, impeccably well, and its light atmosphere provided a nice contrast to the heavy-duty lifting that is needed for Liszt’s Sonata in B minor, one of the biggest and most difficult pieces in the piano solo repertoire. Cohen conquered this knuckle-crunching piece with a great sense of trajectory – from its disturbing grumble at the beginning to the single, lonely bass note at the end. But in the midst of the big chords and thrilling arpeggios, there were passages that spoke of tenderness and compassion. It all added up to a wonderful journey, and Cohen received a standing ovation that was long and heartfelt.
Posted by James Bash at 10:47 AM