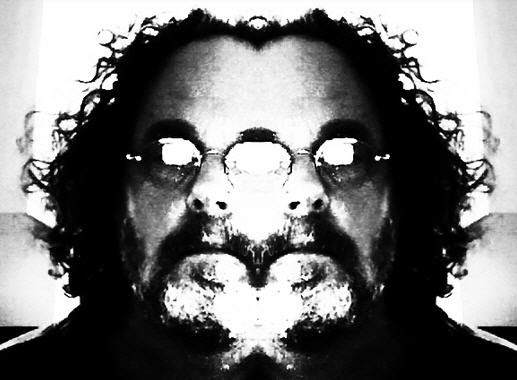 This is the second installment of an interview with Bob Priest about the fourth annual March Music Moderne Festival. This part of the discussion covers the first few days of the second week of the Festival.


The first three days are jam-packed. Tell us what follows.

Priest: A 7:30 pm concert by The Winslow Brothers at The Old Church on Monday, March 10th, starts the new week off and resounding. "From Oregon to Venice with Love" features music by composer, pianist and music critic Jeff Winslow and his older brother Walter. Both Winslows grew up in Oregon, and Walt was a rising star composer before his life was cut short by cancer in 1998. Walter’s final work,“Concertati Veneziani” will be given its West Coast Premiere by Vancouver's DTQ Ensemble – four violins, viola, and cello. This performance will be accompanied by slides of Venice and paintings from the Portland Art Museum's current show devoted to the glories of Venetian art. Also, on the first half of this concert, you will hear baby bro Jeff’s ”Alone on the Prairie,” “Ghosts and Machines" for piano and “Cat Tale" sung by cabaret chanteuse, Nancy Wood from Eugene.

Also on Monday evening at 7:30 is the first of two concerts by Quatuor Ebene, courtesy of PDX treasure presenters, Friends of Chamber Music. Highlighting these performances are two of Bela Bartok’s six string quartets. The dazzling Parisian Ebene Quartet play B's third on Monday and his fourth on Tuesday the 12th. The third is a very condensed and super-intense 15 minute masterpiece and is my favorite of Bartok's SQ portfolio. I remember both Messiaen and Lutoslawski stating their belief that Bartok's quartets represent the pinnacle of the genre after Beethoven. In other words, you're gonna wanna hear this world-class ensemble run these down! Both performances will be at Lincoln Hall on the Portland State University campus.

Just a few blocks away at The Old Church, also on Tuesday, you can choose to catch the Oregon Wind Quintet concert. This stellar ensemble is based at the University of Oregon and is led by flutist extraordinaire Molly Barth. The program includes the local premiere of PDX native, Kenji Bunch’s “Shout Chorus" --- a kick-ass tune that Kenji wrote in 2006. Other composers essayed by OWQ at their gig "Retro-Moderne" are Alex Temple, Paul Hindemith, Elliott Carter, and Jean Françaix. Dang it, I wish I could be in two places at once on both Monday and Tuesday nights! Alas.

Next up, at high noon on Wednesday the 12th, you can drive on down to Lake Oswego for a free concert entitled Going Boldly In Lake Oswego at the L.O's United Methodist Church. This standout MMM program is curated by Linda Woody and will feature Astor Piazzolla’s “History of Tango” for flute and guitar, a major work by Calvin Hampton for organ, Lou Harrison’s exquisite “Varied Trio” for violin, percussion, and piano, plus premiere performances of two new works by Woody. I am particularly looking forward to experiencing her opus for handbell choir - what fun!

Later on Wednesday, 7:30 pm at Michelle’s Pianos, we have a Cascadia Composers production of Piano Bizarro with spank 'em up music by Jennifer Wright, Art Resnick, Ted Clifford, Stephen Montague, and a rarely-performed controversial behemoth for four pianos by prematurely deceased black composer, Julius Eastman. I'll tell you right now, Eastman's work will absolutely pin you to the wall - trust mmme! Yes, an evening like none other during MMM, "Piano Bizarro" utilizes an extremely unusual array of keyboard instruments: dueling toy pianos, amplified harpsichord, prepared, detuned and electrified pianos…plus the world’s only “Skeleton Piano.” I'd get to this one early if I were you as it's gonna be SRO.

Post-Haste Reed Duo on Thursday the 13th marks MMM's return to one of my fave venues in town, Hipbone Studio. This will be a highly virtuosic and very intimate evening of music for saxophone and bassoon by three of Europe's greatest living composers, Louis Andriessen, Heinz Holliger, and Peter Maxwell Davies. Lemme say it again, I LOVE Hipbone Studio and always look forward to seeing the wonderful art work adorning its walls. Post-Haste is Sean Fredenburg, instructor of saxophone and chamber music at Portland State University, and Javier Rodriguez, bassoon prof at the University of Texas at San Antonio where he teaches studio bassoon and courses in woodwind instrumental techniques and world music.

Now, hold on, please don't touch that dial. James Bash and I will be baaaack with part III of this talkabout in a few days. After all, MMM's final 14 events on Friday (14th), Saturday (15th), and Sunday (16th) deserve some cyber-air time, too, pravda?
Posted by James Bash at 11:33 AM

Wow, your super-kind support apparently knows no bounds - how did we get so lucky?

All of us over here @ MMM salute you!

Thanks James! Thanks Bob! - L. Woody

Thanks to both James and Bob for everything you've done for Piano Bizarro. You won't be disappointed!