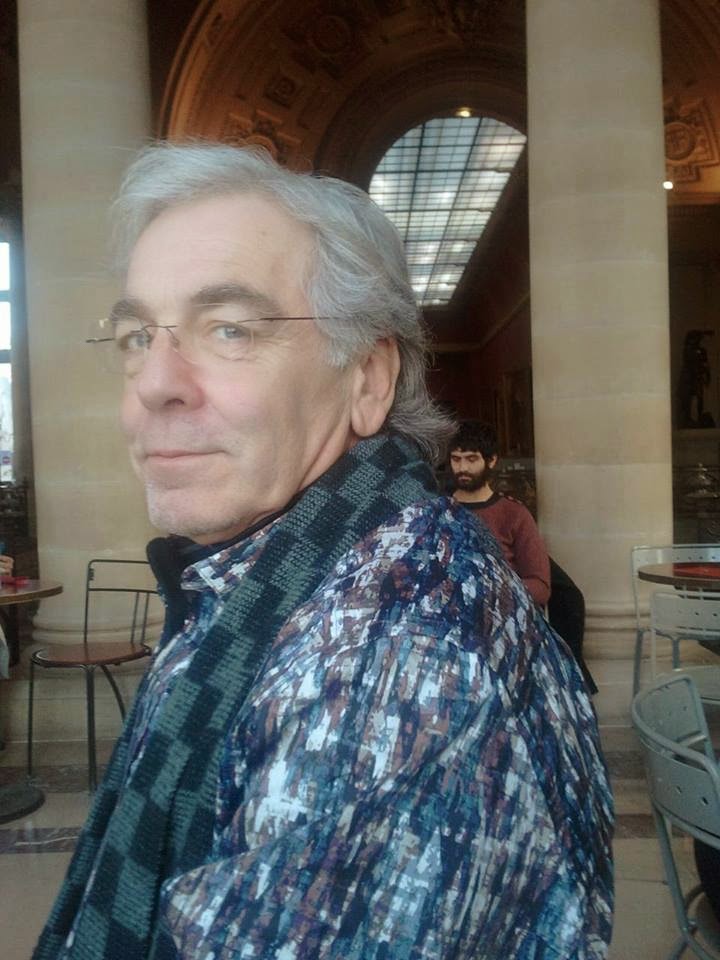 Jim Leisy, who is probably known to many readers of Northwest Reverb for his outstanding photography of many artists - especially those associated with Chamber Music Northwest - died last Wednesday. He was 64 years old. More than an artist, Jim was a terrific person to be around, and he will be greatly missed in Portland's cultural scene. Here's his complete obituary, written by his companion Cynthia Kirk, who has given me permission to print it here.
-----
Jim Leisy -- artist, photographer, musician, book editor, publisher, deeply loved by family and friends – died suddenly on Wednesday, March 12. He was 64 and had suffered serious heart problems for several years. His home and studio are in Sherwood, OR while his company, Franklin, Beedle & Associates is based in Portland.

James Franklin Leisy, Jr. was born in Dallas, TX on March 3, 1950 to James and Emily Leisy. His grandfather, Ernest Leisy, was an English professor at Southern Methodist University and expert on the American transcendentalists. Jim came from a family of prominent Kansas Mennonites. His paternal great grandfather, Christian Krehbiel was an early Kansas Mennonite pioneer; grandfather Henry Peter Krehbiel, a book and newspaper publisher; and grandmother Elva Krehbiel Leisy, among the first women to graduate from Oberlin College. Jim’s father was a leader in textbook publishing and co-founder of Wadsworth Publishing.

Jim (known to family and early friends as Jamie) grew up in the Bay Area and graduated from Woodside High School. After graduating from Bethel (where he majored in history, minored in arts history and was editor of the Bethel Collegian), he became a photographer for the University of Chicago Press and contributed to the Chicago Review. It was at the Press that he first met his companion, Cynthia Kirk.

In 1974, he became field representative and editor for Addison-Wesley Publishing Company (Reading, MA), based in Philadelphia. He joined Brooks Cole Publishing Company (Monterey, CA) as chemistry and computer science editor in 1977, eventually becoming a vice-president. In 1985, he founded Franklin Beedle & Associates to publish computer science texts. When, in 1990, he decided to relocate the company to Portland, OR, the entire staff followed him.

Through Franklin, Beedle (FBA), Jim edited and published numerous path-breaking textbooks, including 20 by Carolyn Gillay on Microsoft DOS and Windows; Ernest Ackermann and Karen Hartman's books on the use of the Internet; John Zelle's Python-based computer science 1 textbook (the leader in its field); Paul Brians' Common Errors in English Usage; and Mark Liberman and Geoffrey Pullum's Far from the Madding Gerund.

Art and music were strong currents in Jim’s life. He had a few guitar lessons with Jerry Garcia and he played many different kinds of music in numerous bands throughout his life. He was a founding board member of the Portland Art Museum Photo Council, led it as president for a year, and launched the monthly Brown Bag Lunch Talk series, in which well-known photographers show and discuss their work. Other boards on which he served include Oregon Museum of Science and Industry, Wordstock and Photolucida.

His renewed focus on photography in recent years reaped many artistic rewards, particularly after the development of his “Amateur Physics” series, which – using a 19th century printing technique – employed wit and humor to illuminate scientific principles. From 2003 – 2013, he was staff photographer for Chamber Music Northwest with that work appearing regularly in the Oregonian. He often used his own photography to create cover art for the books he published, and his images are published in Diffusion, High Desert Journal, and other newspapers and magazines. In November 2013, he traveled to China as part of a small delegation of American photographers who use alternative printing techniques for a biannual international photographic exhibition. He spent January as artist-in-residence at Caldera. A group show that included “Amateur Physics” just closed at Santa Fe’s Verve Gallery. His images can be seen at in Portland at Camerawork Galley, April 26 – May 23, 2014, in the drawers at Blue Sky Gallery throughout 2014 and online at jimleisy.com. His photographs are held in private collections, the Portland Art Museum, the Fine Arts Museum of Houston and the Smithsonian. 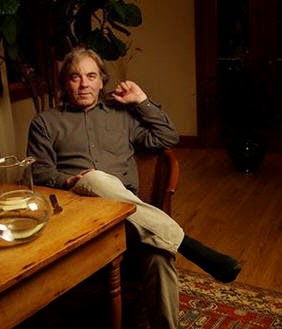 Such a good and interesting friend from my Wadsworth/Brooks Cole days. I was shocked by the news. Jim never stood still, always taking on life with such good energy. I will miss him. Thanks for writing his story.