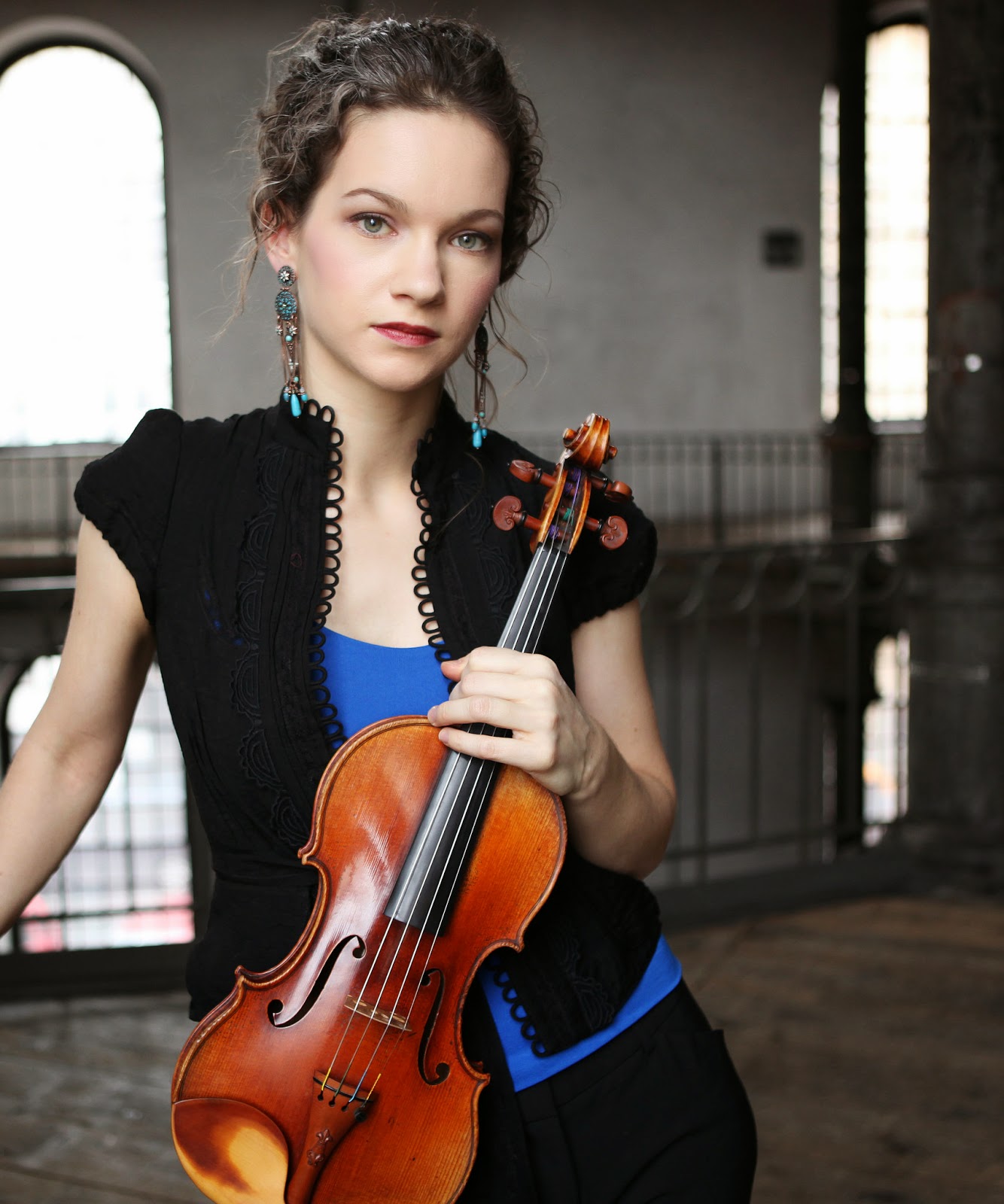 On Monday night, March 10, Portland music lovers got a chance to hear some fantastic fiddling by the virtuoso Hilary Hahn playing the Carl Nielsen violin concerto, and the OSO played some old favorites by Grieg and Richard Strauss. Guest conductor Andrew Grams took the helm for the evening.

The famous Suite No. 1 From Peer Gynt was the evening's appetizer. As the Morning Mood began, the especially warm and lush oboe was soon hidden behind over-eager strings and winds that were a bit clipped...it felt as though Grams were hurrying things along, whether to get to the less 'trite' middle movements or through fear of being thought overly sentimental who knows; in any case the strings were restrained later but by then it was a bit late to savor this mood.  The middle parts were much more judicious; the Death of Aase began like a somber requiem, the tenderest lacrimosa fading toward a barely-heard final cadence. The intense dynamics of the dance were fiercely separated, like two differing characters navigating the bipolar modality of the piece. The Hall of the Mountain King again lacked balance; the all-important ostinato was understated and at times not even heard, swallowed in the end by the cacophony.

Danish composer Carl Nielsen's Concerto for Violin was a special treat. The composition itself lacked most of the usual fireworks expected in a concerto. Hahn's playing was perfectly suited to this work. Beginning with a marvelous cantabile, she demonstrated throughout a most remarkable deftness, a clarity of diction and an evenness of form; one runs out of superlatives trying to describe playing of this kind. Poise and self-assurance were the watchwords; her blistering cadenza was yet wholly in keeping with the restrained feeling of the work.  To use the diction metaphor again, her iterations came forth purely and clearly, like a current of ideas running directly into one's understanding; an incredible sensation came across that both Hahn's and Nielsen's voices were speaking simultaneously and yet with perfect comprehensibility. Technically she was brilliant as well; in the run-up to the final cadence her chordal figurings featured difficult twittering trills that were executed with seeming ease. It was truly satisfying to watch the mind and fingers of a genius at work; this was undoubtedly some of the finest playing I have ever heard.

The second half was comprised of Richard Strauss' Aus Italien, a programmatic work describing scenes from the young composer's trip through this ancient land that has inspired poets and artists for so long. In the Country was broad and pastoral yet Grams and the OSO did not meander unsuitably; there was purpose here. The journey took us through the ruins of Rome, and one could almost see tumbled walls and the timeless dust of the ages. A shore scene was evocative and somnolent, and the piece closed with a quotation of Funiculi Funicula as a representation of Neapolitan folk life. This was OSO's premiere performance, and the decision to program this work was well-done indeed.
Posted by Lorin Wilkerson at 5:56 PM