The Oregon Symphony is adding a new vice president and a director of major gifts in its quest to get on better financial footing.

Here's what the press release says:

While simultaneously cutting administrative staff costs by more than 5 percent over the season that ended yesterday, the Oregon Symphony has announced two changes to its senior administrative staff aimed at improving management efficiency and enhancing its fundraising efforts: 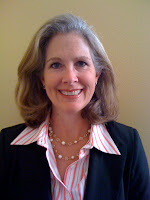 -- Janet Plummer, the orchestra’s revenue services manager, has been promoted to the newly created position of vice president for finance and administration, effective immediately. In addition to her current duties, Plummer will take on new responsibility for management of the orchestra’s information technology and finance/accounting departments.

Before joining the Oregon Symphony last August, Plummer had been chief operating officer and chief financial officer for LightBridge Healthcare Research in San Antonio, Texas; executive director of the Touchmark Foundation in Beaverton; and the founder of her own internet-based gourmet-food business. She holds an M.B.A. from Marylhurst University and an undergraduate degree from Virginia’s University of Mary Washington. 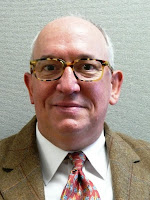 -- Bill Crane, a development professional and musician in Portland for nearly two decades, joined the Oregon Symphony staff in June as director of major gifts. Crane’s lengthy career as an arts administrator and non-profit fundraiser has included senior positions with the Confluence Project, Oregon Council for the Humanities, Court-Appointed Special Advocates for Children Inc., Portland State University, the Saturday Academy and Portland Baroque Orchestra – all in the Portland metro area – and, before that, with the American Symphony Orchestra League in Washington, D.C.

Crane is also an organist and choir director. In March 2009 he joined with Pink Martini leader Thomas Lauderdale to produce “24/7,” a highly acclaimed 24-hour-long marathon concert in Portland marking the seventh anniversary of the wars in Iraq and Afghanistan.

Crane earned bachelor’s and master’s degrees in music at Florida State University before completing postgraduate studies in Paris. He lives in Northeast Portland.

“We’ve been reducing the size of our administrative staff since August 2006”, said Oregon Symphony Association president Elaine Calder. “But while we may be smaller – less than 30 full-time employees compared with more than 50 in the 2005/06 season – I think we’re now a formidable team. Janet has been with us almost a year and has effortlessly moved into a position of senior responsibility, trusted and admired by board and staff alike. And we’re delighted to welcome Bill to our organization: He’s well-known and respected, with lots of experience in Portland. Both Janet and Bill are passionate supporters of the Oregon Symphony, as are all their colleagues in the administrative offices.

“Staff support is demonstrated in many ways, through their individual financial contributions, the many hours spent at the concert hall after a full day at the office and a willing acceptance of current reality: 12 additional but unpaid days off in 2009/10 and no pension contributions this year. Everyone here – musicians and staff alike – understands that these kinds of cuts are common across America, in the for-profit as well as the not-for-profit world. We’re grateful to be working in this great city and to have such tremendous support from our community.”